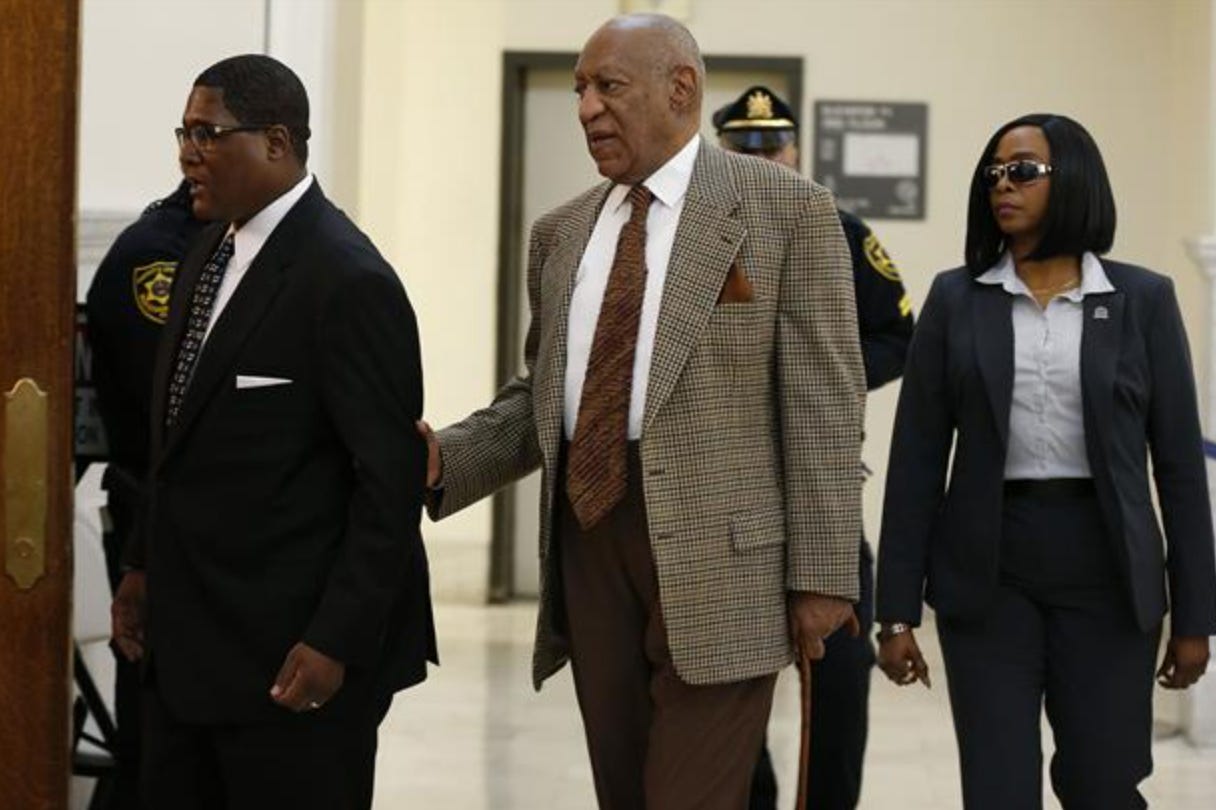 (NEWSER) – Bill Cosby walked into his latest court hearing Tuesday with a joke: “Don’t tase me, bro,” he said to security officers as he entered the courtroom in suburban Philadelphia and they wanded him, the AP reports. (In case you’ve forgotten, that’s a reference to a quote that went viral in 2007.) Once inside, the hearing was opened with a “shouting match,” per NBC News. The judge had to tell the prosecution and the defense to keep their voices down; the two sides were arguing over whether the defense could introduce exhibits containing the names 13 women, two of whom have not identified themselves publicly, who accuse Cosby of sexual abuse.

Oh Bill. Bill Bill Bill Bill Bill. Just no. Just shut the fuck up. I understand you’re a legendary comedian who made millions upon millions upon millions of dollars by cracking jokes but this is not the time or the place. Especially not a joke about not wanting someone to do something to you that you don’t want done to you, ya feel me? You get what I’m hinting at here, Billy? Your authority on that ship sailed a long time ago when you started drugging women by the DOZENS and raping them while they were unconscious. You don’t get to make jokes anymore. I’m sorry but not really. Those days are over. Why doesn’t Bill just do us all a favor and die already? Save us some time. Nobody wants to go through all of these court hearings and shit. We all know he’s guilty. It’s actually shocking that he hasn’t died yet. I think it was Big Cat who predicted Cosby would be dead within 6 months of the news coming out about what he had done and who he really is. A solid prediction because he should 100% be dead by now. Not by homicide or even suicide. Just die naturally from guilt and shame. Pull a Paterno and get the fuck outta here.