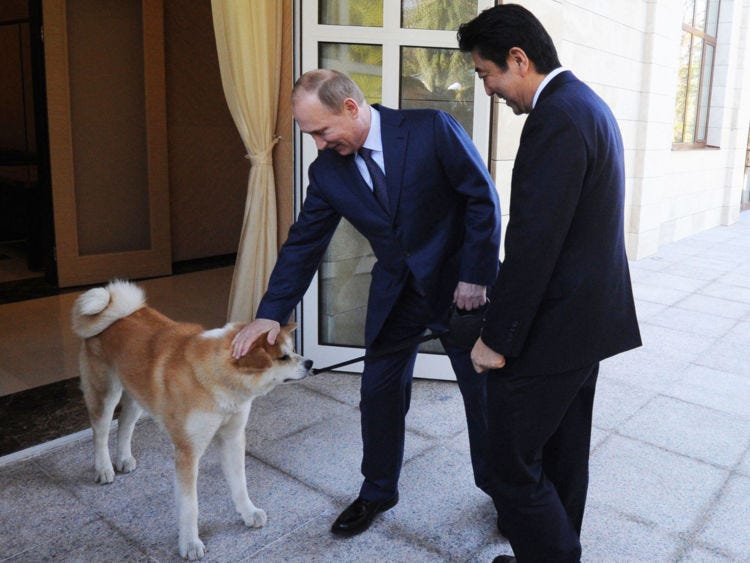 Sky News — Russia appears to have snubbed a Japanese attempt at dog diplomacy by declining the gift of a puppy for President Vladimir Putin at a summit with Prime Minister Shinzo Abe.

The Japanese government had planned to present Mr Putin, widely known to be a canine lover, with a male Akita as a “bridegroom” to Yume, a female of the same breed that Japan gave the Russian leader in 2012.

But a Japanese legislator said Russia had turned down the offer.

“Unfortunately, we heard from our counterparts, and our hope to present a bridegroom was dashed,” House of Representatives member Koichi Hagiuda said in a blog post on Friday.

He did not give a reason for the rejection.

I typically respect a lot of Putin’s moves but I don’t get this one. Such a dick move to reject a dog, especially when a) everyone knows you’re a dog guy, b) you accepted a dog from Japan in 2012, and c) it’s a gift from Japan. Japanese culture is so peculiar I assume rejecting a Japanese dog gift is like burning down a temple or banging someone’s wife or dropping two atomic bombs. Just devastates the Japanese. You don’t turn down a Japanese dog gift — you just bow and talk softly and and accept the dog.

An especially in-your-face move when Putin literally brings his 2012 Japan dog to interviews and meetings. 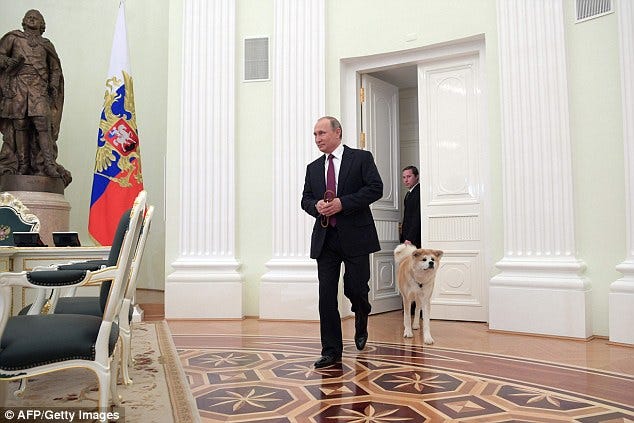 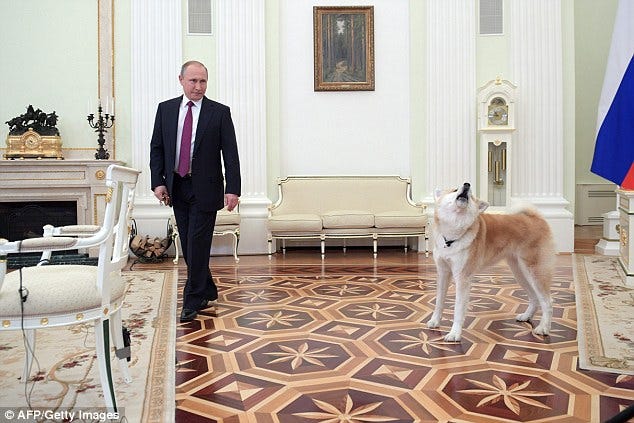 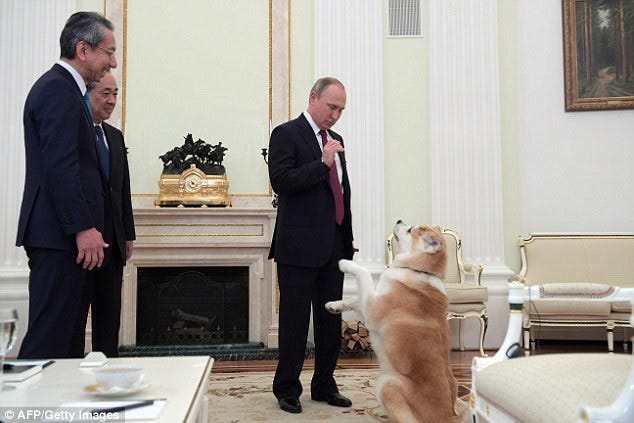 Bold move from Putin but then again he’s a bold move kinda guy. Between hacking our election, picking Trump as our president, and turning down Japan’s dog it’s almost like he’s a fearless leader looking to exert dominance. Wonder where he learned that. 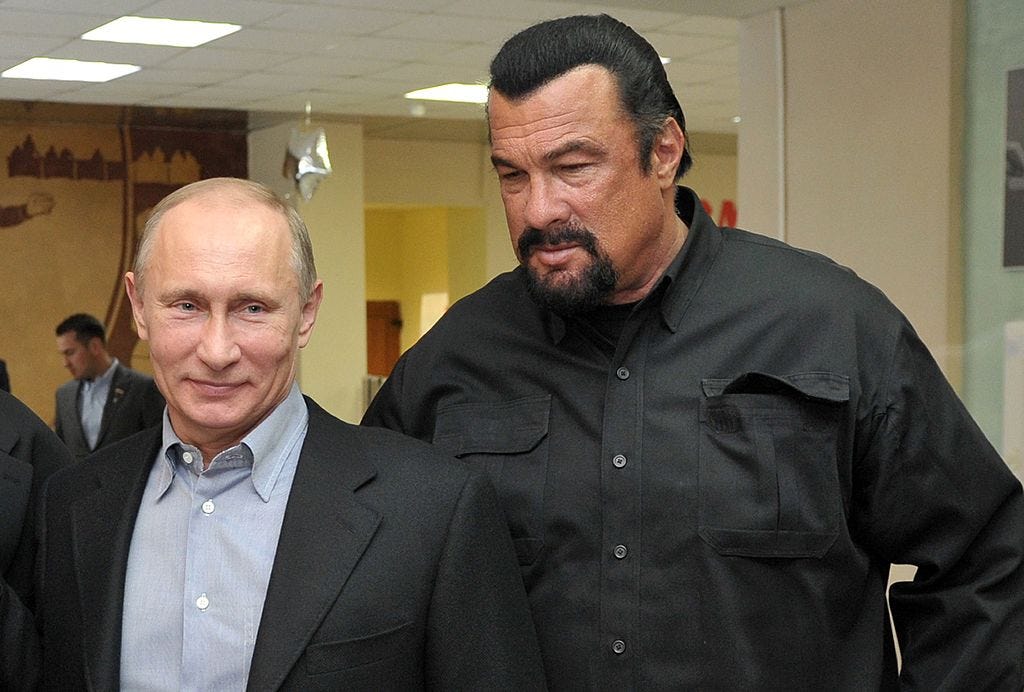