(Source) — North Korean tyrant Kim Jong Un cackles as he guides a military drill practising an attack on the South. Kim watched with binoculars as North Korea’s special operation forces conducted an exercise aimed at ‘destroying specified targets of the enemy’, including the Blue House, the North’s KCNA news agency said. The ruling Workers’ Party newspaper Rodong Sinmun also carried a two-page report on the drill, showing pictures of a building resembling the Blue House being overrun by North Korean troops and set ablaze. One photo showed Kim roaring with laughter as he watched the simulated attack. ‘Well done, the enemy troops will have no space to hide themselves, far from taking any counteraction,’ state-run KCNA quoted Kim as saying.

Kim Jung Un is a bad guy but holy shit is he adorable. Cutest fucking psychopath that’s ever lived. I mean, come on, how can you not look at this picture and smile ear-to-ear? 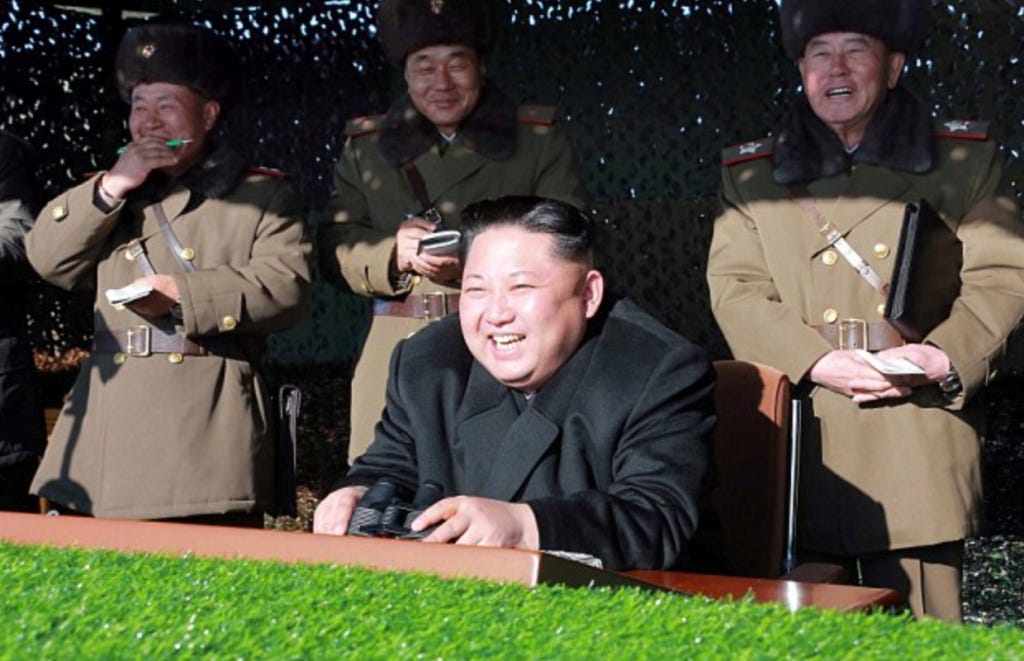 Just a jolly, fat fucking dude enjoying the shit out of his life. That kind of passion is infectious and spreads like Smallpox. I don’t give a fuck if he’s laughing at a joke or laughing while his military blows up a replica of South Korea’s White House. Fat guys laughing is funny. Asian guys laughing is funny. Fat, Asian guys laughing is the funniest thing in the world. Evil dictator or not, that picture is cute and makes you think, “Well maybe he’s not all that bad.” Maybe he’s really just a misunderstood dude who likes hitting hole in ones with his pet unicorns while wearing all of North Korea’s Olympic gold medals from every event around his neck. Simply a big happy, child who likes to play with his toys, only his toys are replicas of presidential houses and bombs.