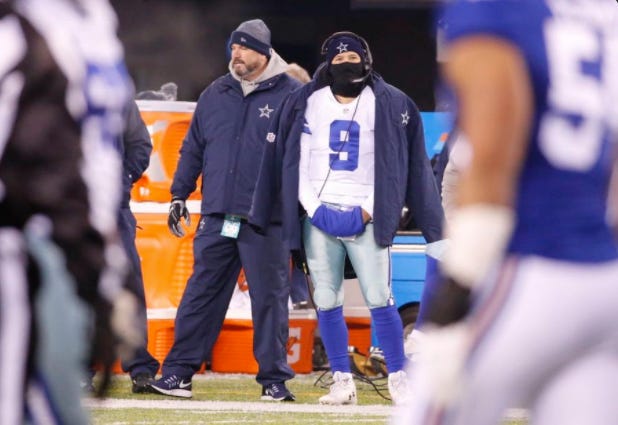 Over the past few years, I’ve grown to sort of hate the term “hot take.” I’m pretty sure Feitelberg has blogged this before, but it is the single most overused phrase by sports fans today. And I don’t mean the way PMT (brilliantly) uses it to satirize and make fun of people who use sports to make meathead comments on social issues or talking heads who say outrageous things for attention.

I mean the people who use “hot take” to describe any sports opinion that they disagree with or is in any way unusual. “Oh you think an underdog has an outside shot at an upset?” That’s a hot take. “You think a player who’s playing great deserves to be compared historically to a former legend?” That’s a hot take. I think the term is so popular because it’s a way to dismiss someone’s stance without actually providing an argument of your own. Sort of like people who publicly gives opinions on the Internet for a living then accuses anyone who publicly disagrees with them as “trolling”. I bring this up because right after last night’s Giants-Cowboys game, I saw everyone on Sports Twitter practically scramble over each other to grab their phones, plant themselves firmly on their high horses and tweet about how there would be an impending rush of Dak/Romo hot takes.

But…that’s a totally reasonable discussion to have. That’s an actual debate. There are very legitimate arguments that Tony Romo should be the starting QB for the Cowboys. Dak’s done a great job running a dip-and-dunk offense and being a game manager this year, and the Cowboys could ostensibly tap into the same formula that the Broncos/Giants/Seahawks have the past 10 years of riding a dominant defense, offensive line, run game and low-risk throws to a Lombardi Trophy. And that’s great except….the Cowboys don’t have a dominant defense. They don’t have a bonafide shutdown #1 corner. Their pass rush is 19th in sacks and 26th in hurries. The Cowboys don’t have the type of defense that can shoulder and carry them to a Super Bowl; to win it all they’re going to need to be balanced at a minimum and probably have a few great offensive performances.

So the question becomes if Romo gives them a better chance to get those 28, 31, 35 point games in the playoffs. I think he does. Dak has had three straight games with under 200 yards. He’s only had two games this season of over 300 yards. All the tape we have on Dak suggests that his ideal game, him playing “great”, more often that not requires him to throw a 70% completion percentage. I flat-out don’t think he’s going to be able do that in the playoffs when the temperature drops and the defenses get tougher given that only 3 other people in NFL history have an over 70% career postseason completion percentage (Erik Kramer, Matt Schuab, Teddy Bridgewater. Exclusive group). Dallas doesn’t a wide receiver in the Top 30 in yards receiving or Top 40 in yards for over 20+ because with Dak, their deep ball is suspect and they lack the big-play capability you need to break a game open unless Ezekiel Elliot goes in God Mode for one of his runs.

The best argument Dak has is the Cowboys record and how good they’ve been this year. And they have. But if we’re going to give Dak all the credit for being 11-2, why doesn’t Romo get any love for being 17-5 in his last 22 with indisputably worse teams? Romo raises the ceiling of the Cowboys offense and makes them more dangerous. I and every other Giants fan would have been more nervous to have seen him taking the field than Prescott last night. You can’t keep riding Dak for the regular season and then make the switch putting in Tony if Dak stinks during a playoff game. No one puts quarterbacks in cold in big games like that, especially ones that have missed the better part of two seasons. These last three games are the last chance to put in Romo and get him in game shape before you’re pretty much married to Dak for the playoffs. And with chances at a Lombardi being as notorious fleeting for every franchise not named the Patriots as it, you owe it to the organization to put in the guy who gives you the best chance to win this year.

You can argue that I’m wrong. I very well could be. But I hate how it’s considered stupid to even have the conversation. None of this is to say that Dak isn’t the future of the Cowboys franchise. He clearly is. Or that Dallas shouldn’t trade Tony Romo for an absolute treasure trove this offseason. They clearly should (wouldn’t be the first time either. Trading an aging Herschel Walker is what laid the groundwork for the Cowboys 90s dynasty). But it’s annoying how it’s a “hot take” or shocking stance just looking for clicks or attention to say Romo should be the starting quarterback for the Dallas Cowboys next year when there are actual arguments to back it.