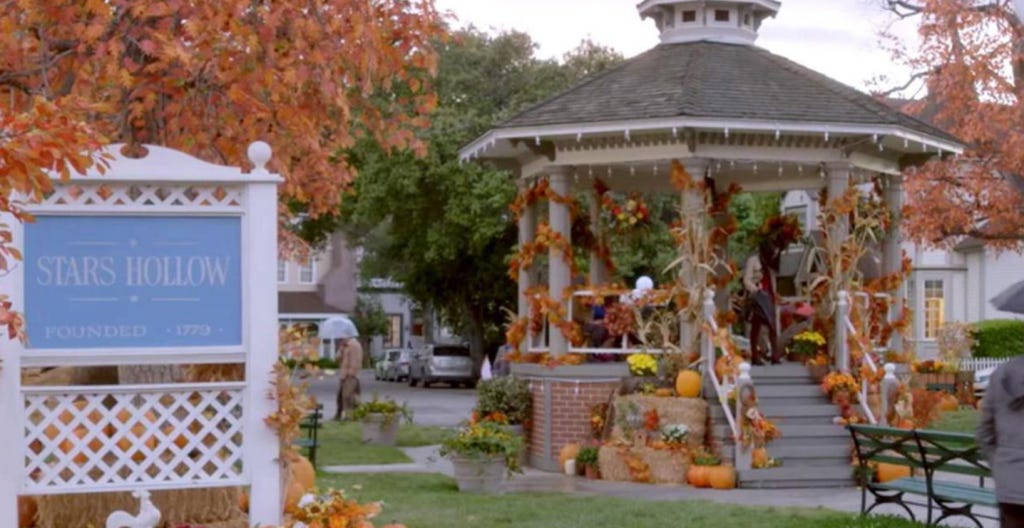 That may sound like cheers from a group of guys watching a football game. But they are binge-watching the revival of “Gilmore Girls,” reports CBS News correspondent Ben Tracy.

Jesse, Luke, Erik and John met as Marines. They were members of a sniper platoon deployed to Ramadi, Iraq in 2005. During missions, they dodged explosive devices. Back on base, they watched “Gilmore Girls.”

“At least for me, Stars Hollow was the America I think we all thought – we all wished we were fighting for,” Erik said. Stars Hollow is the fictional and idyllic town at the center of the show. It came to mean so much to them, Luke wrote a letter to the show’s creators, Amy Sherman-Palladino and her husband, Daniel.

“Relationship between parents and children, brothers and sisters, loves lost and found, and friends who are always there,” Luke read on, tearing up and laughing at the same time. “In the end, much of the entertainment is escapism. And for me and a few friends over here in Iraq, there’s no place we’d rather escape to. It reminds us of all the best parts of home.”

What a great story to end the week with. Marines, much like myself, love the Gilmore Girls. I’ve never felt more patriotic in my life. It’s fucking awesome that this group of Marines used the gals and the town of Stars Hallow to reconnect with home. The quaint little town was the place they were fighting for. Doesn’t get much better than that. They would go out on dangerous missions during the day and then get back to base, shower up, and then watch Rory. The best part is now you have no excuse for not watching the show. If our Marines can watch it, you can watch it. Bless our Marines.