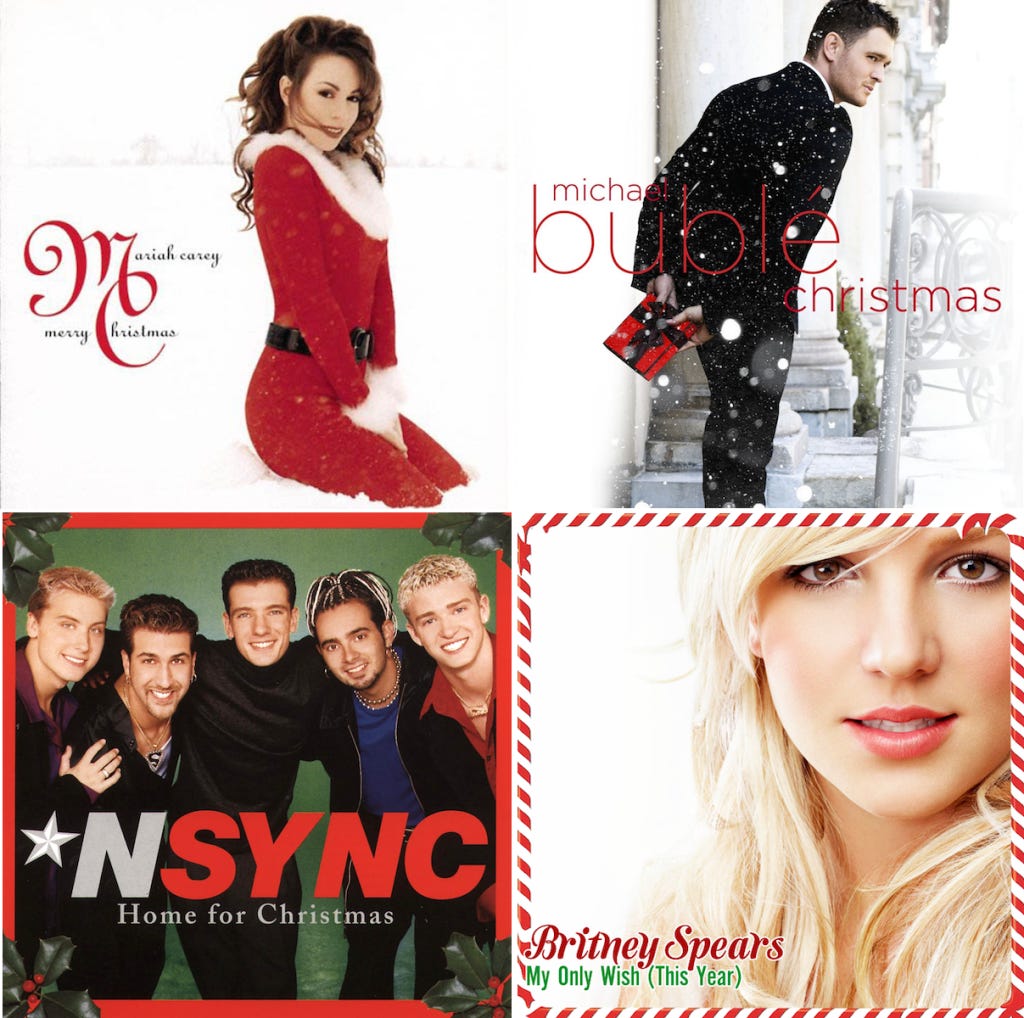 Pick which one of the four you would eliminate

“All I Want For Christmas Is You”- Mariah Carey

“It’s Beginning To Look A Lot Like Christmas”- Michael Buble

“My Only Wish (This Year)”- Britney Spears

Tis the season for Christmas music, so what better way to get into the holiday spirit than engaging in gutter wars with other people about which songs they like more? Now we have four absolute classics in this eliminator that should be on any Christmas mix worth its salt.

First up we have “All I Want For Christmas Is You” which is in my Top 10 favorite songs ever. It’s the only Christmas song that can (and should) be played all year long. All Christmas songs are judged and come up short against it. Michael Buble is the only person on this list without an “original” song, but you simply cannot have a battle like this without Michael Buble. His voice is Christmas morning. Do you know how strong I have to feel about someone’s voice to say that? But I know every person that has ever experienced Christmas nodded their head in agreement.

And then we have two musical acts that dominated the 90s and early 2000s with blockbuster hits. *NSYNC and Britney, bitch. There is not much to say about these two that wasn’t said by Carson Daly a billion times on TRL. Both songs are legit heaters and instantly make you happy.

But we have to pick one to eliminate. So vote below and/or argue in the comments. And then go on a listening binge of Christmas songs to cap this week off right.