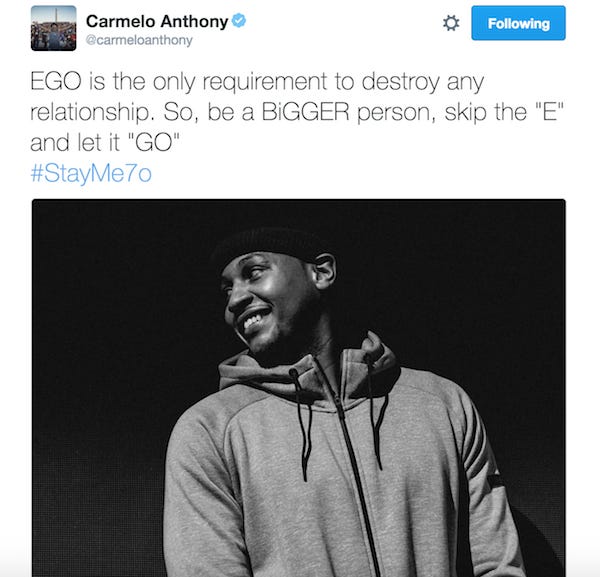 Nobody and I mean NOBODY knows how to tweet in the voice of a teenage girl quite like our boy Melo! Sure the Knicks were rolling and fun as hell before last night’s shit sandwich and LeBron bottle flipping right in the entire franchise’s eyeball. But everyone knows that nothing brings a team back together when one of their stars starts subtweeting cryptically about egos or how upset he is. Just being the bigger man.

This is all probably in response to Phil saying that Melo doesn’t move the ball quick enough. That mumbo jumbo worked when you have two of the best five players in the league and one of them is a hypercompetitive maniac (MJ or Kobe). Instead we have Melo. A hypersensitive maniac. I mean look at his follow up tweet to his ego tweet. 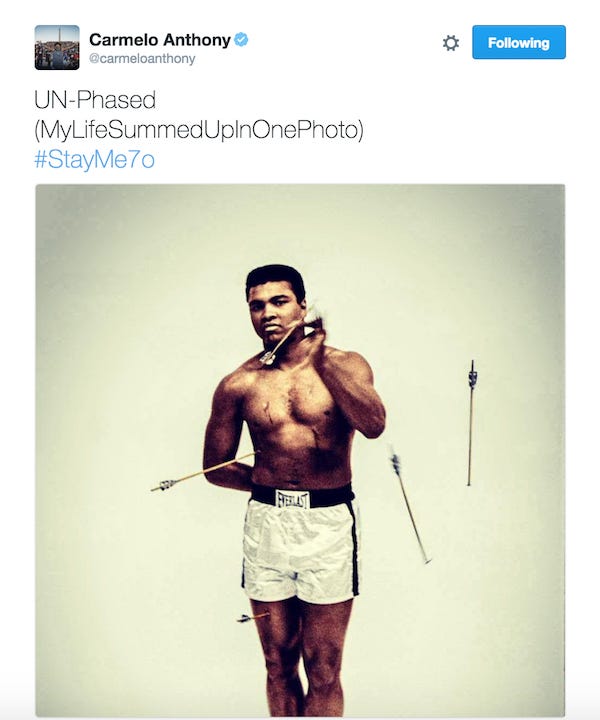 Round and round we go. Time is a flat circle. Blah blah fucking blah. Like they always say on The Rundown, Melo’s destiny is truly winning a ring as a mercenary for LeBron’s last stand (on whatever team that may be on). Hopefully we get a decent haul in the inevitable trade to build around Porzingis.

But the only thing worse than Melo’s tweet is his header.

Signed,
Every Knicks Fan Ever

Luckily we have someone on this super team that tries to unify people. 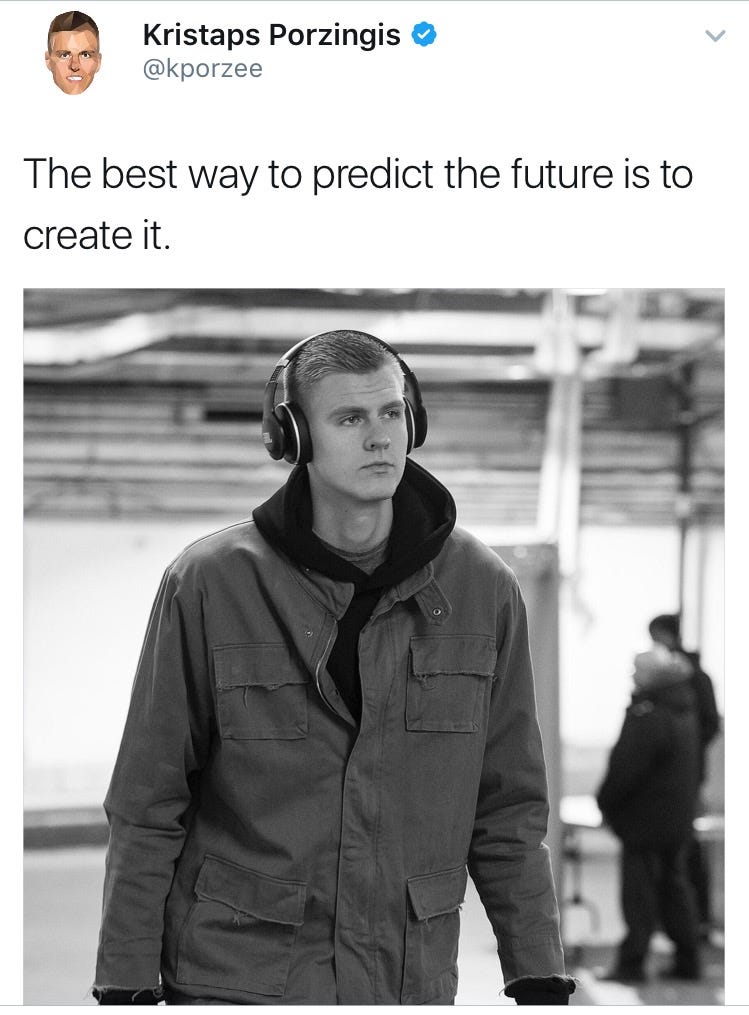