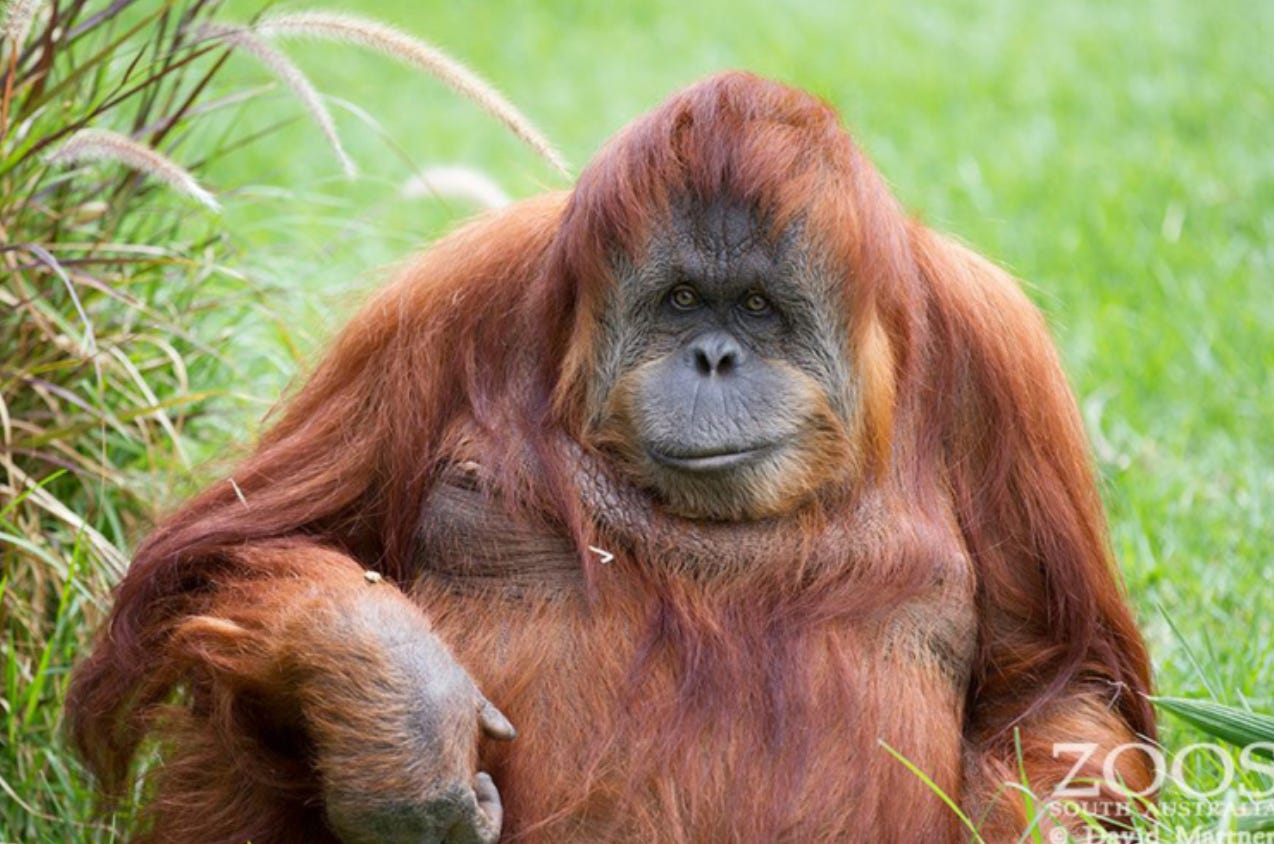 ABC- An endangered Sumatran orangutan, who has lost six infants since 1995, is now expecting a baby in mid-January despite being on contraceptives, Adelaide Zoo has announced. Karta the orangutan most recently gave birth to a stillborn baby in 2014. Senior primate keeper Jodie Ellen said the zoo was cautiously excited about the unplanned pregnancy. She said the primate team was pleased the 34-year-old had the opportunity to become a mum again, but were realistic about the challenges she had faced in the past. “Hopes are high that our beloved Karta will have a successful pregnancy, it’s something we believe she greatly deserves,” Ms Ellen said. “This wasn’t a planned pregnancy, but nature intervened and we’ve proceeded with the pregnancy because Sumatran orangutans are critically endangered in the wild.

I’m a blogger so I’m a virgin but this should scare the shit outta all the sexually active people out there. You should be absolutely terrified by this story. Remember how Riggs blogged about the plane crash in Pakistan and re-scared everyone who is terrified to fly? Well this is just like that except it’ll scare all the people who are uber-paranoid about knocking up some chick, ruining your life, ruining her life and ruining that kid’s life. Sure it’s just an orangutan but the problem reaches across species. It’s 2016. Shouldn’t we have a method that ensures nobody, human or orangutan, is getting pregnant by now? Humans spend like 97% of their days thinking about sex. You’re telling me that not one of us can come up with a bulletproof way to stop this shit from happening? Sure, there’s vasectomies, but ever heard of Antonio Cromartie? Dude has super sperm that keeps finding a way. But I guess that’s the human race huh. I guess that’s why we keep coming back and coming back and cumming on backs. Without the resilience of our sperm finding an egg our species would’ve vanished long ago.