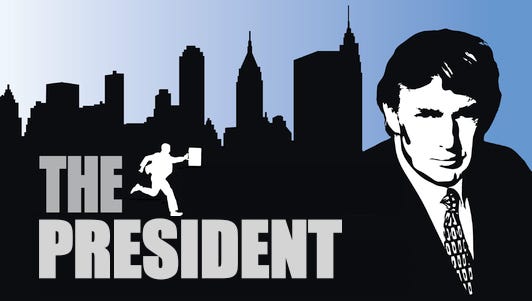 NY Post- President-elect Donald Trump has reportedly met with “Apprentice” director Mark Burnett to discuss a reality-TV- style inauguration, complete with a grand entrance on a helicopter. Trump revealed some of the unconventional ideas he and Burnett had for his Jan. 20 inauguration during a fund-raiser at Cipriani 42nd Street on Wednesday, according to The New York Times.

Burnett, the producer of Trump’s old reality show, and also of shows like “Survivor” and “The Voice,” suggested a parade up Fifth Avenue in Manhattan, at the end of which Trump would take a helicopter ride to Washington, DC.

OH HELL YES. This is the best part about electing a reality TV star as President. You can talk about his lack of experience or questionable cabinet choices all you want. But The Donald knows exactly what he is doing when he is on camera. Makes sweet love to the lenses. Can you imagine how hyped the country will be if we get an Inauguration 24/7 type show? Okay there are still going to be a lottttt of very angry people protesting every little thing about Trump. But it will be entertaining as hell for the rest of us. Short of a JFK-level “Ask not what your country can do for you, ask what you can do for your country” soundbite, inaugurations are lame as fuck. But if you spruce it up with a 24/7 and a reality show, it’s a goddamn event.

And why stop at the inauguration? Give me a reality show version of The West Wing every single week for the next four years. Hard Knocks the fuck out of the Oval Office. If TV can make the Kardashians likable to a good chunk of America, I’m sure Trump’s approval ratings would skyrocket thanks to a TV show. Plus they can propaganda the fuck out of it too. If Russia starts acting up, Trump can act extra agitated and maybe discuss the nuclear codes with Secretary of Defense Mad Dog. Putin will have his tail tucked between his legs before closing credits.