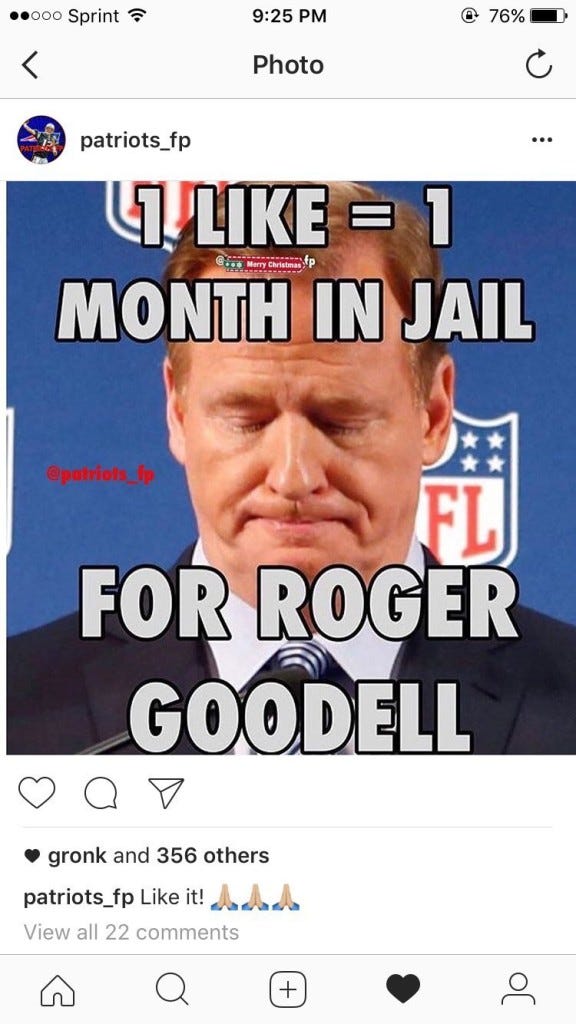 Know my favorite part about this? Gronk believes it. According to Robert Gronkowski he just played judge, jury, and executioner of Roger Goodell. I guess you could say he played the Roger Goodell of Roger Goodell. Gave the man a taste of his own medicine. Fuck with the Patriots? BAM! You’re going to jail, courtesy of Instagram likes.

Now share this post with 10 people in the next 5 minutes or you’ll have bad luck for the rest of your life.