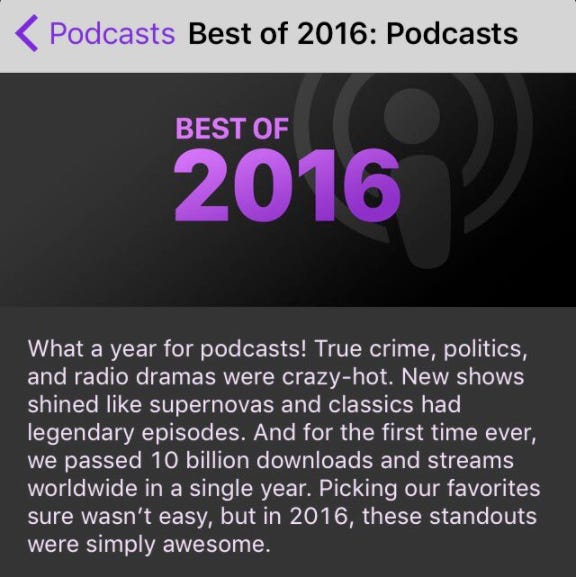 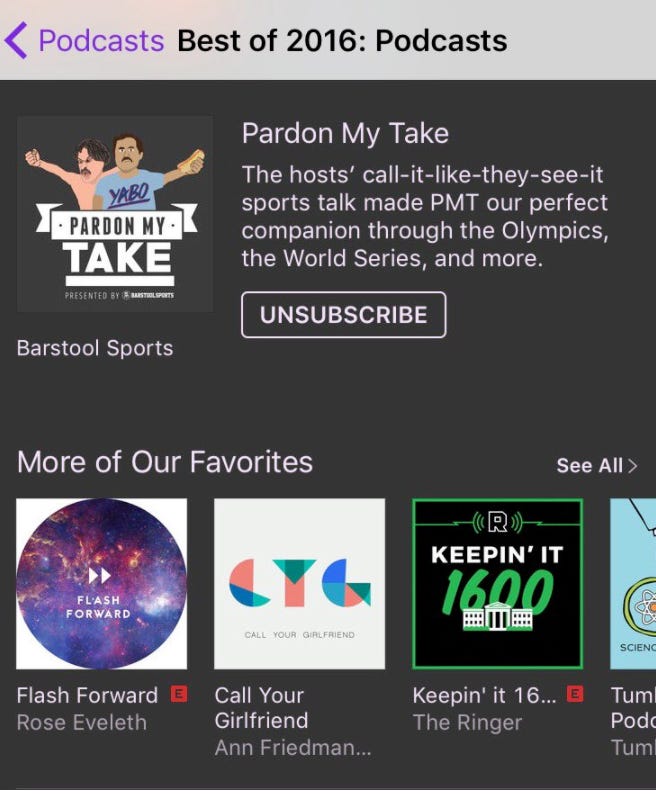 Little place called Apple just put out their top 12 podcasts of 2016 list. Ever heard of them? Just a little company from out in California somewhere.

Anyway out of every podcast on the internet they narrowed it down to the twelve best, and only one of them was sports – Barstool’s very own Pardon My Take. Yup Big Cat and PFT Commenter and Hank and their award winning listeners have officially been recognized as the best sports podcast on the planet. Not bad.

10 months and over 70 million downloads…over 100K Twitter followers and guests/fans from every corner of the sports and celebrity world…from the self-described “shitty” first episode featuring approximately 1,000 sound effects to the flawlessly produced 3x a week sports satire show it is today.

Unreal what these two lunatics have been able to accomplish.