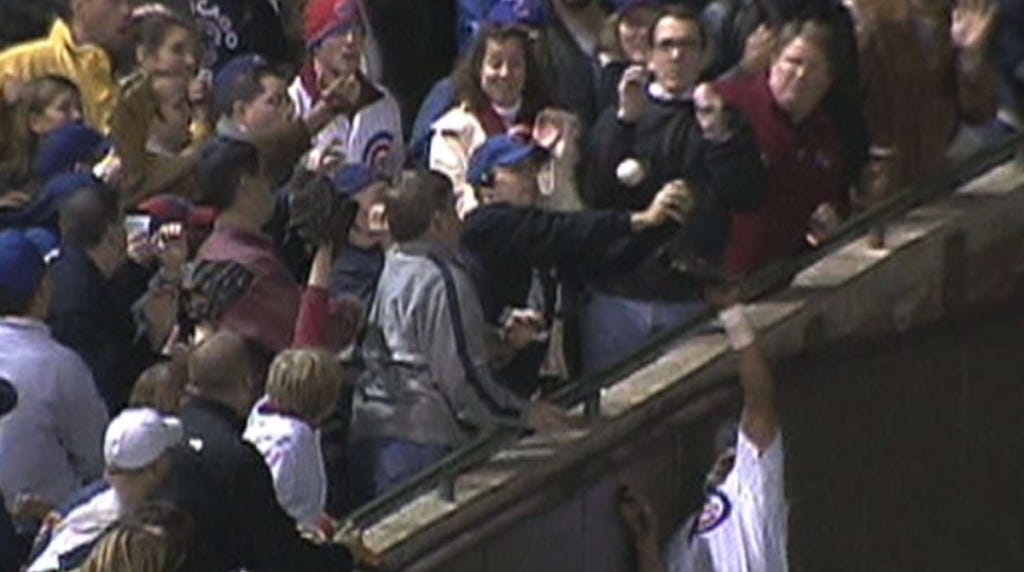 Last month, Cubs chairman Tom Ricketts revealed the Cubs‘ plans to reach out to Steve Bartman in order to “provide closure to everybody.”

“I’m sure we’ll reach out to him at the right time,’’ Ricketts revealed, “and I’m sure we’ll figure something out that provides closure for everybody. Hopefully, we can make it work.

“But you know, I never focused on ghosts or curses or Bartmans or any of that stuff. It’s always been about needing a better team on the field. We wanted to eventually get to that point where we can pick out rings, like we did (Tuesday), and here we are.’’

That kinda rubbed me the wrong way. I didn’t want to rant and rave about it, because the joy of the Cubs’ World Series title was still so fresh, so there was no need to bring an element of negativity to such a positive story, but come the fuck on. Leave the guy alone, man. He doesn’t want to be bothered. He doesn’t want to be part of some Cubs PR stunt where they bring him back, and oh yay, everybody’s happy now and we can forgive him, even though he didn’t do anything wrong in the first place. Please.

It was stupid then, and it’s even more stupid now that Moises Alou, the outfielder who threw a temper tantrum, and was arguably the biggest reason why everyone got their pitchforks out for Bartman in the first place, wants to get involved in the “closure” process.

Moises Alou, the left fielder whose angry gestures and pleas over Bartman’s Game 6 deflection of a foul ball made Bartman famous in 2003, said he’ll even make time to attend any ceremony the Cubs might stage in tribute to Bartman.

“Why not? I’d like to meet Bartman,” said Alou, who, 13 years later, still gets stopped by fans over that play that preceded an eighth-inning meltdown in that National League Championship Series game.

“I have nothing against the guy,” said Alou, who was at the winter meetings Monday representing his Dominican Republic team during a World Baseball Classic media event. “I said it right after the game. I had the ball, and I got upset, but at the same time it’s not that kid’s fault. Everybody goes to the ballpark, and they bring a glove. Everybody wants to catch a fly ball.”

Besides, it’s not like Alou would have caught the ball anyway, as he approached on the run, so close to the rising brick wall down the left field line.

However, a few years ago he was reported to have told a kid who asked about it that he wouldn’t have caught it.

Oh, good! It doesn’t matter anymore. Bartman’s life was basically ruined, but as long as Moises Alou and the Cubs are over it now, then I guess that means that Bartman can have his life back and all is well. Bartman’s response should be a simple, “Suck my dick,” but he’s too nice of a guy to do that. He’ll probably politely decline, which he should, and that’ll hopefully be the end of it. The guy never wanted the spotlight, regardless of if it was in a villainous role or otherwise.