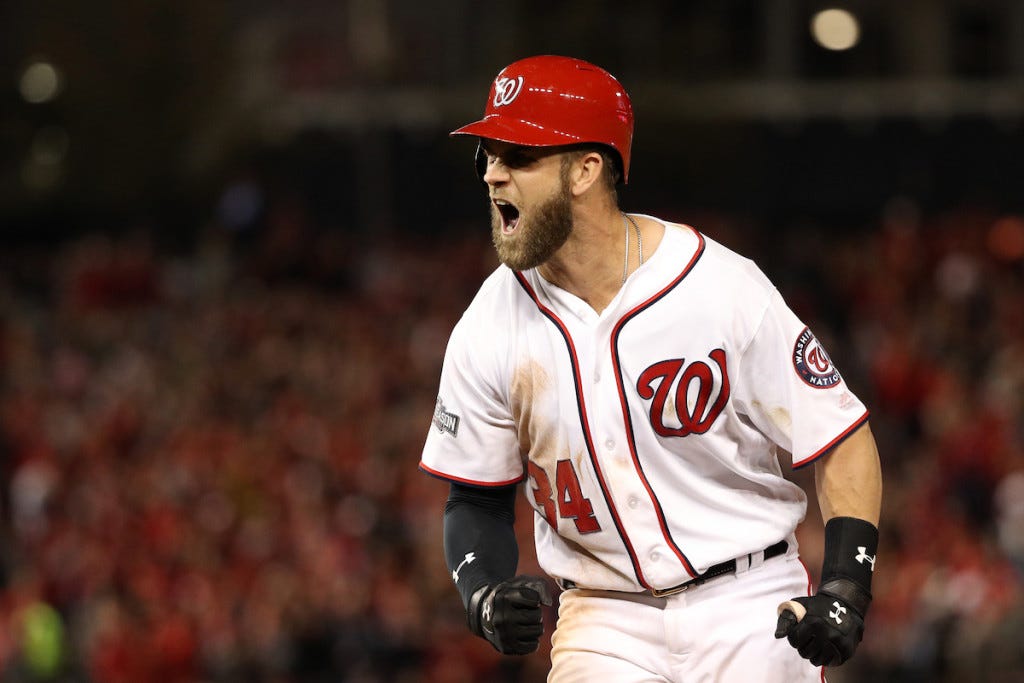 Joining Harper in free agency will be names like Manny Machado, Clayton Kershaw (if he opts out), Josh Donaldson, Andrew McCutchen, AJ Pollock, Dallas Keuchel, David Price (if he opts out), and Matt Harvey. Sadly, this monster free agent class would’ve included Jose Fernandez, too. We can only imagine what kind of contract he would’ve gotten had it not been for his tragic and untimely death. But of all the names that are set to hit the free agent market after the 2018 season, Harper is the only man who stands a chance to become the first $400 million man in baseball, and that’s exactly what he’s gunning for.

The Washington Nationals, balking at Bryce Harper’s demands in early talks about a long-term contract extension, now are preparing themselves to be without their All-Star outfielder after 2018, a high-ranking Nationals executive told USA TODAY Sports.

The executive spoke to USA TODAY Sports on Monday only on the condition of anonymity because he was not authorized to speak publicly about the negotiations.

Harper, according to the executive, is asking for a record deal that will exceed 10 years in length, and likely pay him in excess of $400 million.

Goooooood fuckin’ luck with that, pal. It’s also a little premature for me to scoff at that asking price, because Harper still has two more seasons to convince teams to actually cough that payday up, but his agent would likely get laughed out of the room if he came to a team with that asking price after the season that Harper put together in 2016. Coming off one of the greatest offensive seasons ever as a 22-year-old in 2015, hitting .330, leading the league in on-base percentage (.460), slugging percentage (.649), OPS (1.109), home runs (42), runs (118), and OPS+ (198) en route to his first MVP award, Harper’s encore performance paled in comparison.

This past season, the Nationals outfielder hit a mere .243 with an .814 OPS, 24 home runs, and 115 fewer total bases than in his MVP season in 2015. Now, a 24-homer, 24-double season is nothing to shake a stick at, and one down year, by his standards, doesn’t completely destroy the value of a player who is regarded as one of the top talents in the game today. However, if he actually wants to throw that $400 million figure out there and not get laughed out of the room, he’s going to have to come a lot closer to his 2015 production over these next two years, because nobody is shoveling out that kind of cash for potential.

It’s also crazy to think that Harper has already played five big league seasons, won an MVP, can play two more seasons after this, hit free agency, sign a 10-year deal and still become a free agent again before his age-37 season. Another quick note — Harper to the Yankees, once he becomes a free agent, has been the talk amongst baseball fans ever since he got drafted out of junior college in 2010 as the No. 1 overall pick. But little did we know that the Yankees would deviate from their free-spending ways and try to build a roster with more than just bloated free agent contracts. If the Yankees don’t meet those salary demands, who else is going to? The Dodgers? Even they might balk at that asking price, and that’s saying something.