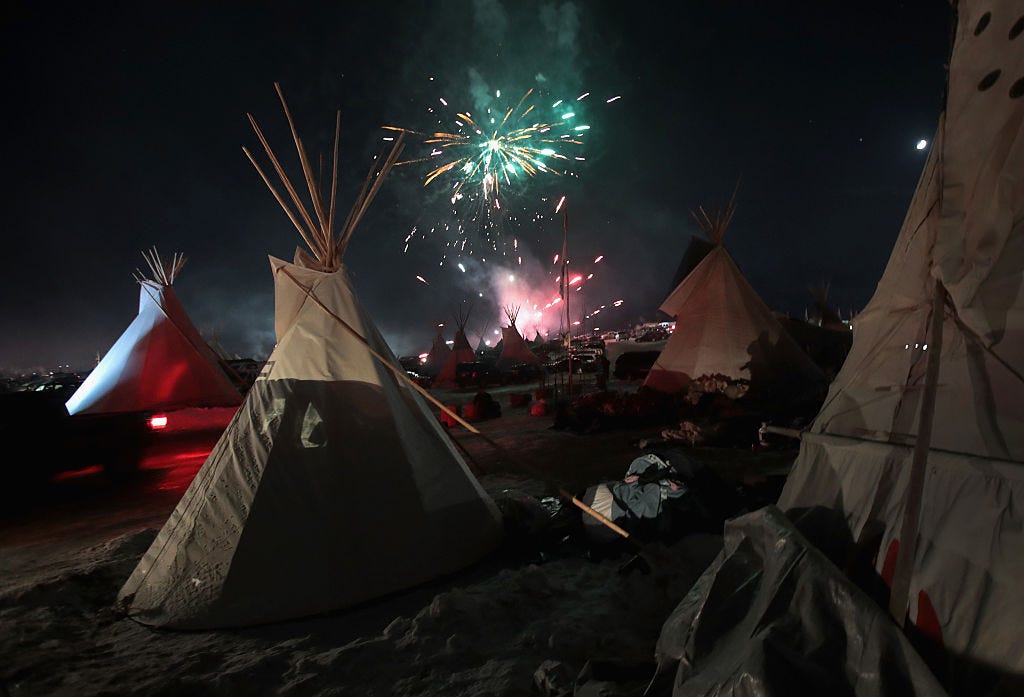 I just want to take a minute and say congrats to all our Indian readers. Huge, huge win this weekend in the perpetual battle against the white man aka the US government. I wrote about the Dakota Access Pipeline a few weeks ago when some protester chick got her damn arm blown off but the quick version of the whole deal is this: Some company got permission to build a $3.7 billion pipeline to pump crude oil from North Dakota to Illinois but is supposed to cut right underneath the Missouri River and go through some sacred Native American land. Native Americans obviously do not like this so they’ve been protesting the shit out of it since last summer. Built a big camp and have been powering through FREEZING conditions to stop this thing.

Well yesterday the Army Corps of Engineers denied a permit to the pipeline company, halting construction and forcing a rerouting. Indians were PUMPED.

Protesters cheered and cried tears of joy after news that the Dakota Access Pipeline will be rerouted https://t.co/6XemLrysZK pic.twitter.com/VKZ0jl6MO9

Honestly, I’m a little rattled I didn’t get the memo on this because I am 100% positive an Indian Tribal celebration party would be a fucking BANGER. Just wild weird awesome Native American shit going down for a couple days straight. Drugs you don’t even know exist. Sweet drums playing nonstop. Smoking shit that may or may not kill you out of giant pipes. Just HAS to be awesome.

Sadly the celebration may be short-lived with The Donald taking over in about a month but whatever. Pretty sure Indians really needed this W… needed a reason to throw a crazy tribal rager and they finally got one. Happy for them. Excellent stuff gang please invite me to your next party.