YouTube – She goes by Tammy. She is the most psychotic, evil person I have ever met. This is just a peek of what a crazy person she is. This fight started because another girl at her bachelorette party was getting hit on by a guy and not her, even though she was the one getting married! Prior to going out drinking this on this night, she crushed up some pain meds and snorted them. This was shot about a month before her wedding to her third husband. She abuses pain meds and drinks and drives with her kids in the car. DO NOT LET THIS WOMAN INTO YOUR LIFE. She will slowly suck out your soul. The best decision I ever made was to cut her out of my life!! Her fiancé still decided to proceed with the wedding even after seeing this video, in which she is verbally and physically abusing his sister. Good luck brother!!

So it probably goes without saying I hate the bride chick. If I ever found myself around her in any setting I have no doubt I’d immediately feel the same way. But there’s something about her tirades that’s downright music to my ears. It’s guttural but the way she says “cunt” has a certain poetry to it, like it’s a woman saying it and truly meaning it for the first time in the word’s history. The hatred coming from her is so pure, so psychotic, so beautiful in a way. Yes she’s twisted and awful but to me there’s something to be said to watching a chick go nuts in the most woman of ways to the highest possible degree. This is Russell Westbrook peeling off five triple doubles in a row, this is Tiger during his best days on the course, you’re witnessing a woman on the top of her craft in the field of Bitches Be Crazy, all imagined slights and burned bridges and desperate pleas for attention. It’s all a joy to have experienced.

And then you have the dude coming in at the end whom I think must be her soon-to-be husband having to deal with the situation and having to face the reality that this may be his life until the end of times. You can already hear the resignation in his voice as he tries to order the other girl an Uber after she got tantrum’d out of big Tammy’s car…he is in his own personal hell and there’s no way out. All his friends got married, he’s already put a deposit on the VFW where they’re exchanging vows and the reception at Señor Frogs, he is STUCK. Just so much humanity on display in one video, it’s a beautiful thing since it isn’t our lives.

PS I would eat Bridezilla chick’s asshole while she turns back to spit on me and call me a cunt just for a shot at this possibly trashy minx who really should make better choices in friends: 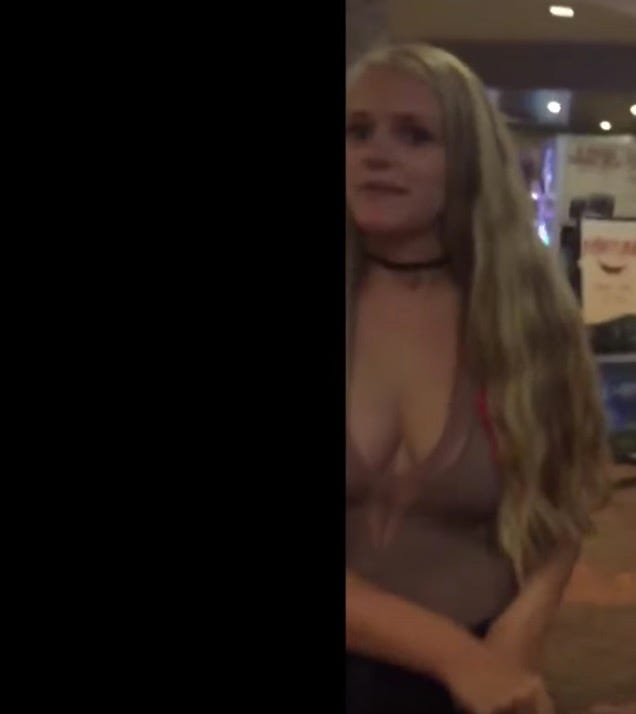