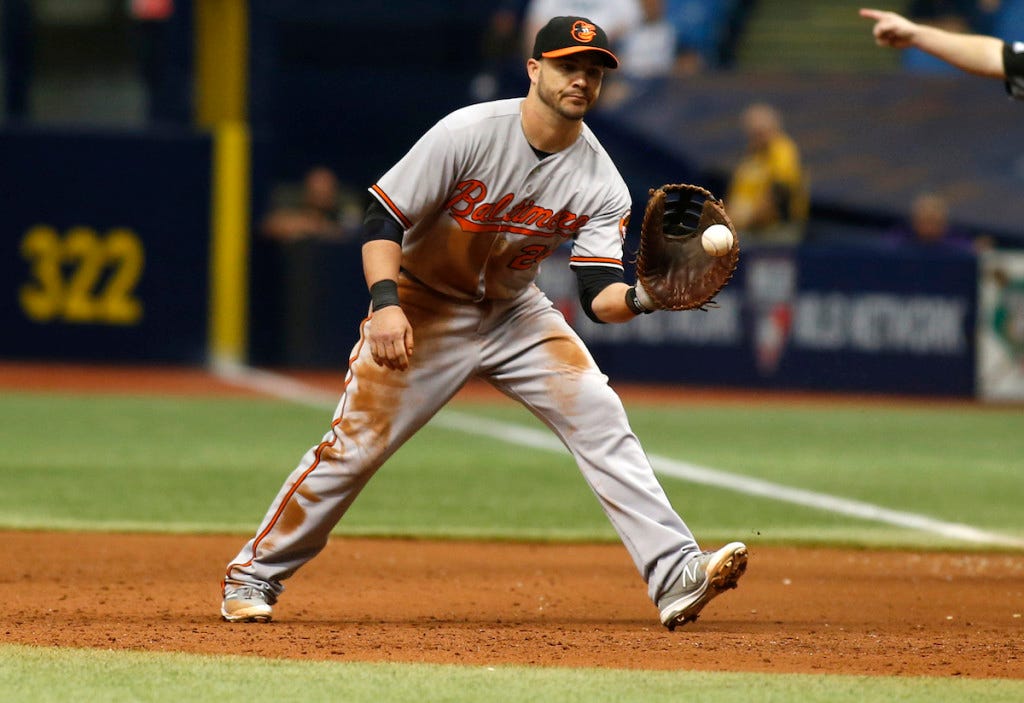 The Toronto Blue Jays offered $80 million over four years to Edwin Encarnacion last month, which the soon to be 34-year-old turned down. They’ve since pulled that offer off the table. Encarnacion might end up kicking himself for that.

I was in the middle of writing a blog about how fucked Encarnacion’s market has become after this past weekend, and then it became even more fucked after the Blue Jays inked Steve Pearce to a two-year deal. After rejecting the four-year offer from Toronto, the Blue Jays signed Kendrys Morales to a three-year deal, which didn’t entirely shut the door on an Encarnacion reunion, but I would say that the Pearce addition just about does that. It should also be noted that the Jays are in on Mitch Moreland, too, so I just don’t see how you could sign those two, be in on Moreland, and still end up with Encarnacion. It’s not happening.

As far as the Pearce addition goes for Toronto, he mashed left-handed pitching last year, hitting .309 with a 1.028 OPS against lefties, but he wasn’t a slouch against righties, either, hitting .279 with a .795 OPS. He can play a bunch of different positions, too. He played first base, second base, third base, both corner outfield spots, and, of course, he can DH. As far as what his primary defensive position is, I’d say it’s first base, but you’re also not wrong if you say that it’s the outfield. Still, the likelihood of the Jays putting Pearce in the outfield in favor of bringing Encarnacion back to play first base doesn’t seem promising, especially when you factor in their interest in Moreland.