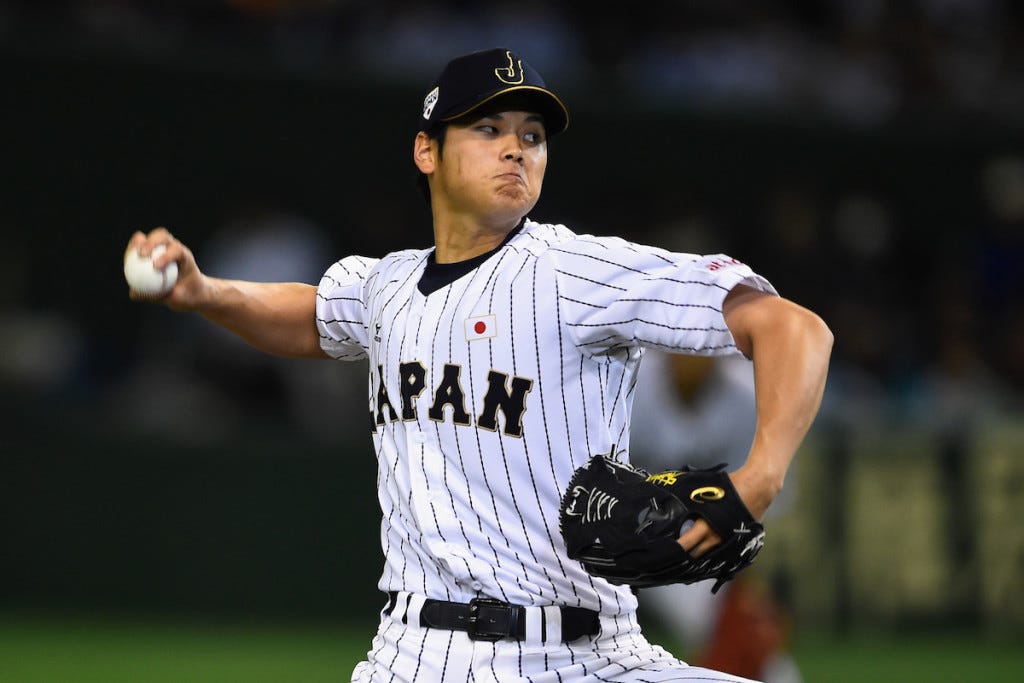 Last offseason, the Cubs made headlines when they signed Jason Heyward to an 8-year $184 million deal.

It’s only one year into an 8-year commitment, so it’s a bit premature to dub the Heyward Era in Chicago a failure, but so far, it hasn’t been great. That being said, Heyward’s first season in Chicago, which was very poor, is not going to prevent the Cubs from breaking the bank in the future when they think it’s worth it. Apparently Theo Epstein believes that Shohei Otani will be worth it.

The Cubs could have gone after one of the pricier bats in the market, but there is already heavy expectation that Chicago is holding its dollars for something bigger — the cost of restocking the pitching, for example, and perhaps a potential run at the multitalented Shohei Otani, the MVP of Japan’s Pacific League. A star pitcher and designated hitter, Otani will be the most sought-after player next winter, and rival executives believe the Cubs will be all-in on that pursuit when the contracts of Jake Arrieta and John Lackey are set to expire.

If you don’t know who Shohei Otani is, you might remember him as the Japanese phenom that I wrote about three weeks ago, who one scout said could be worth $300 million. Yeah. The guy’s a freak — he throws triple digits as a starting pitcher and can hit 40 bombs as a hitter. We haven’t seen anybody who legitimately fits the description of being an ace pitcher and an elite power hitter simultaneously since friggin’ Babe Ruth. We’ll have to wait and see what he does once he gets to the majors before we start seriously throwing that comparison around, but you get the picture.

Yesterday, we learned that the White Sox have informed the Cubs that they will not deal Chris Sale to them under any circumstances, and with Jake Arrieta and John Lackey becoming free agents after the 2017 season, the Cubs will be looking for good starting pitching. As of right now, the Cubs have roughly $84 million committed to their 2018 roster, not including the salaries of seven arbitration eligible players that have yet to be determined. It should also be noted that among those seven arbitration eligible players, you have Kris Bryant, Kyle Hendricks and Addison Russell, all three of which would be in their first year of arbitration.

I obviously think that $300 million price tag is asinine for any player, never mind one that has zero major league experience. And it’s even more asinine if it’s a National League team that ends up signing him, because the $300 million figure comes from the fact that Otani could make an All Star team with his arm or with his bat, or both. Now that I think of it, it’s asinine either way (say asinine one more time). If an American League team shells out the cash that it would take to sign this guy to be in their rotation, do you really think they’d want him DH-ing the other four days that he’s not on the mound? I wouldn’t want that as an owner, GM or manager, as cool as it would be to see as a baseball fan. The stakes are just too high when you’re talking about a multi-hundred million dollar investment.

But if it ends up being the Cubs, a rotation of Jon Lester, Hendricks and Otani would be nightmare fuel for the National League.