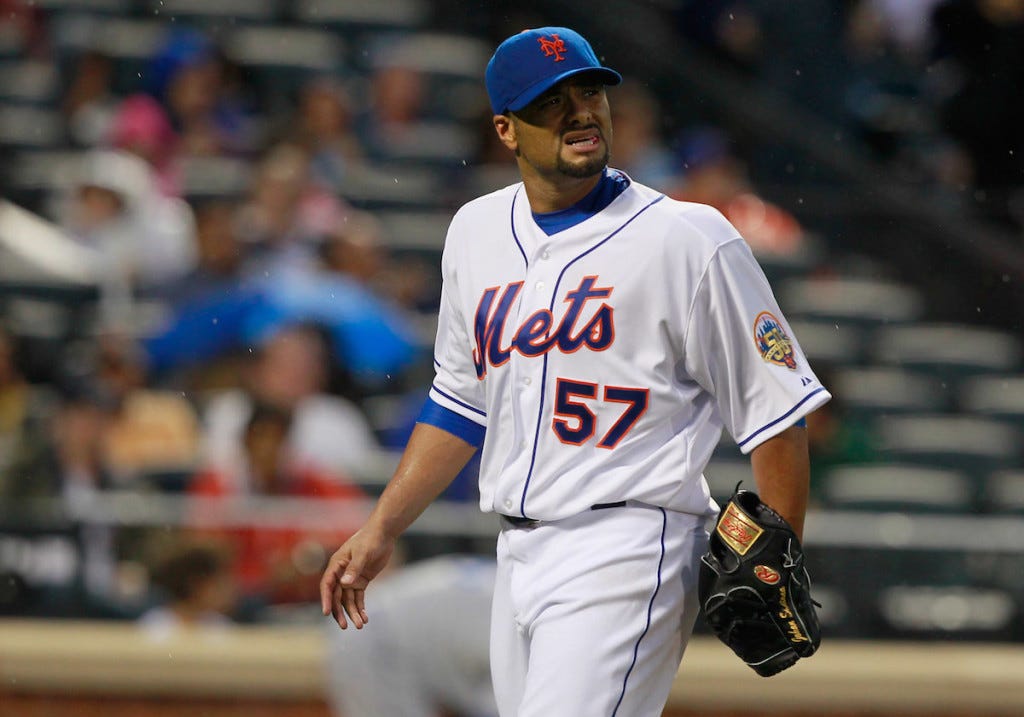 Christ, man, I respect the resiliency and the unwillingness to give up, but how many comeback attempts is this now? Four? Five?

Listen, I loved watching Johan Santana pitch when he was with the Twins. That dude was AWESOME. When he was being shopped around by Minnesota in 2008, I was ready for my team to give up whatever it took to bring him in. I thought he was going to be a Cy Young machine for years to come. Well, after he was acquired by the Mets that year, he won the ERA title in his debut season, finished third in the Cy Young voting, pitched two more really good seasons in New York (365.2 innings, 3.05 ERA, 290 strikeouts), and then missed all of 2011 after needing shoulder surgery. He came back in 2012 and had the worst season of his career (4.85 ERA, 1.33 WHIP in 21 starts), and that was the last we’ve seen of him at the major league level. Poof. Gone.

Since he last appeared in the majors, he’s signed contracts with the Orioles in 2014, and the Blue Jays in 2015, but nothing ever came of those deals. If Santana were to return next season, it would be the first time he’s toed an MLB rubber in half a decade. To say the odds are stacked against him would be an understatement. As if his hiatus from facing major league competition wasn’t enough of a reason to doubt a comeback, time is not on his side, either. He’s 37, and 2017 would be his age-38 season. You root for the guy, because obviously that’d be one hell of a story — two-time Cy Young award winner on pace for Cooperstown has career derailed by injuries, only to return five years later. I just obviously can’t see that happening, at least successfully.

What I can see, though, is this clip from 2007 when he set the Twins record for most strikeouts in a game with 17. So, I’m gonna just do that.