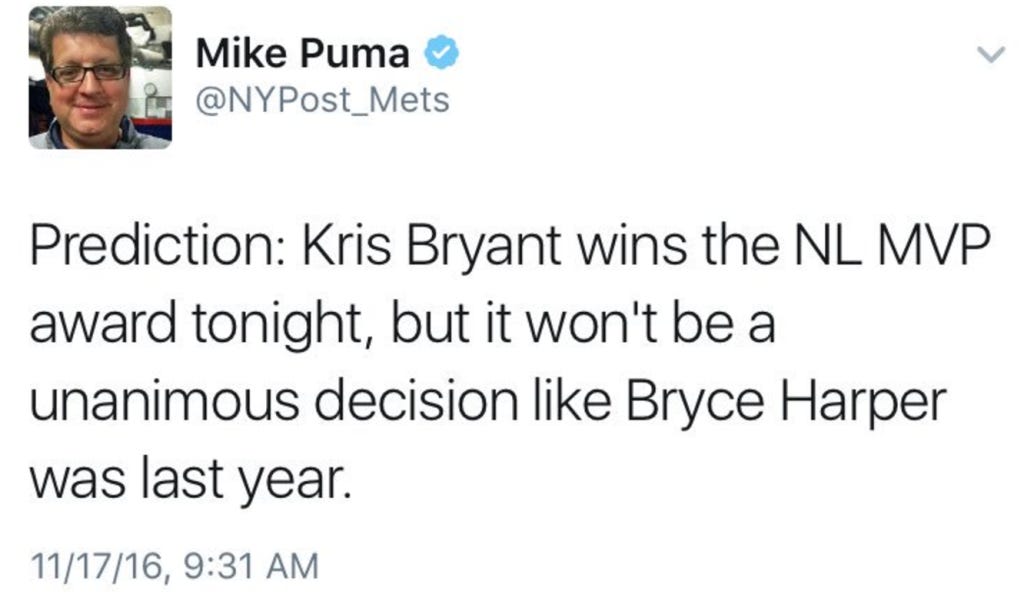 Wow he nailed it! I wonder how he knew?

So fucking baseball writer it hurts. These guys are so smug, so holier than thou, I can’t get enough of it. It usually shines the brightest when it comes to baseball HOF voting when some random writer won’t vote for Greg Maddux (97% of ballots) or Ken Griffey Jr (99.3%), but don’t ever forget how wonderful MVP voting can be as well. Mike Puma had to make it all about himself. Not to say Murphy was a bad vote, I’m actually surprised he didn’t have several more first place votes, but Mike Puma is ecstatic he was the guy who stopped it from being unanimous. He loves being that guy.

Baseball writers are the gifts that keep on giving.