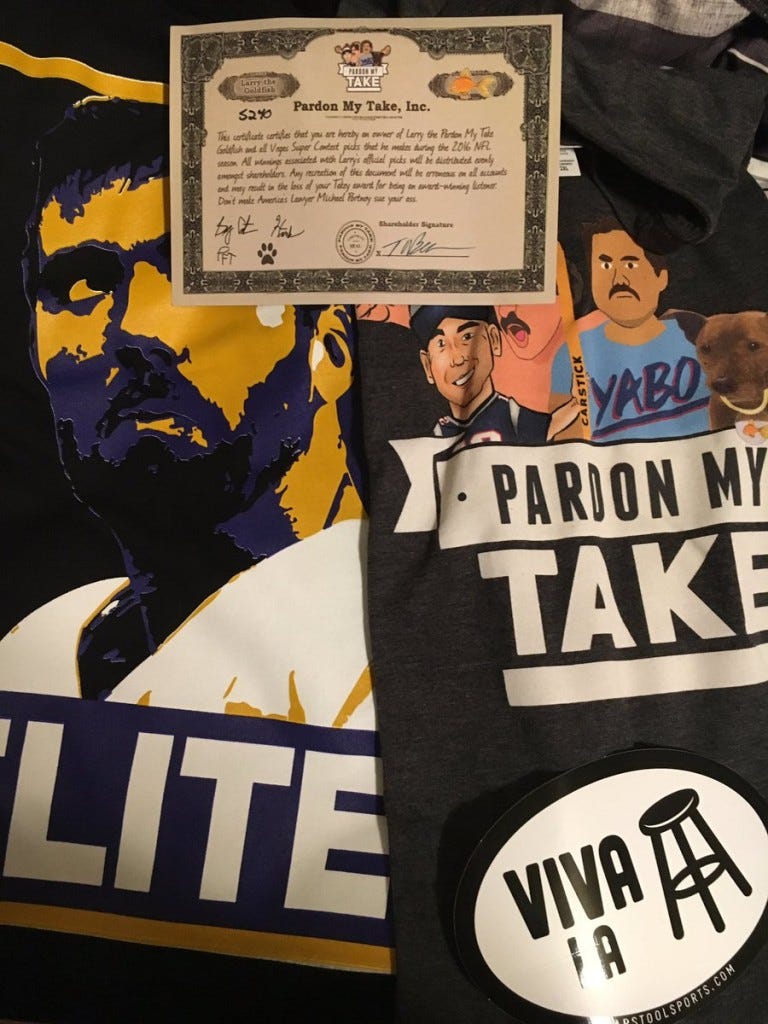 Its been an incredble run for Larry II, and his less-alive predecessor Larry I. L2 has a record of 27-16-1 which is good enough to put him alone in 1st place overall on Team Oddshark out of 26 certified football experts. But more importantly he is only 4.5 points out of 1st place in the entire Las Vegas Supercontest- the biggest football handicapping contest in the world. If he wins, he walks (swims) away with a nearly million dollar payout that will be divided evenly amongst all of his owners.

So in honor of last nights epic color rush victory by the Baltimore Ravens, we are giving you all a opportunty to purchase a Joe Flacco “Elite” shirt, and receive AT NO EXTRA CHARGE an official certificate of ownership representing a share in Larry entitling you to a cut in any of his potential winnings. 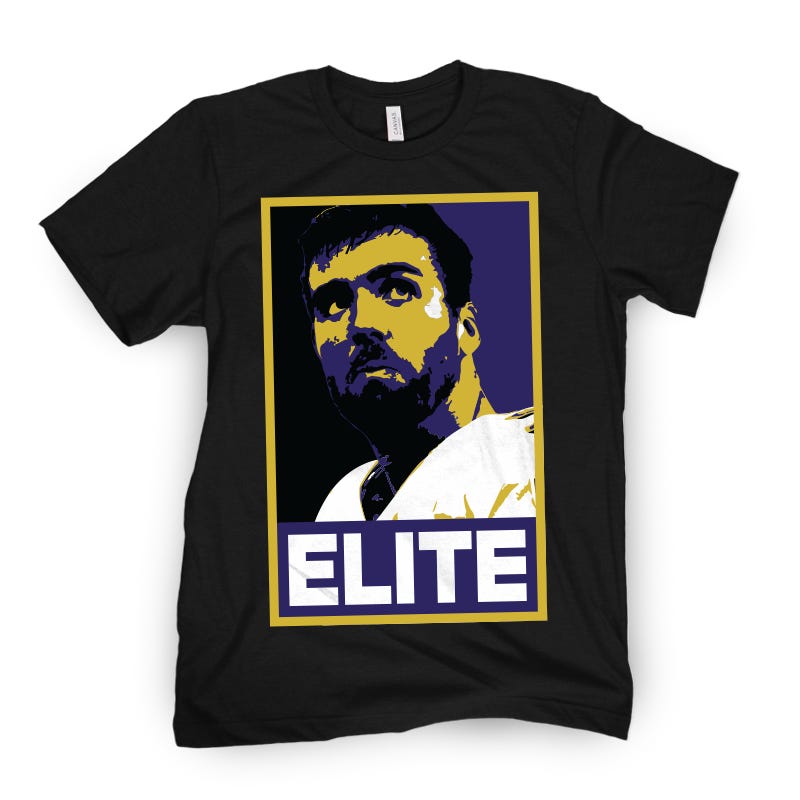 This is literally taking potential money out of my pocket, but we receved such a tremendous response during our IPO that I feel like we owe it to anyone who missed out on the first opportunty to give them a chance to get in on the most exlusive club in gambling.

To get a share, you must purchase the Flacco shirt by 5:00 PM Eastern today, Friday November 11th.

Some of Larrys current owners might be complaining that this one-day sale is diluting there shares and to them I would just like to remind them that I watched the Big Short and also Mad Money one time and your allowed to do whatever you want as long as you tell them that past performence is not indicative of future returns, which is coincidentally a message that the Baltimore Ravens probably should of paid more attention to when deciding how much to pay Flacco in 2012. So just trust us that we’re being very responsible with your investment.

So buy now, and thank us later when your paying your rent/mortgage through you winnings from the worlds most successful gambling fish.

Passed performence is not indicative of future returns.