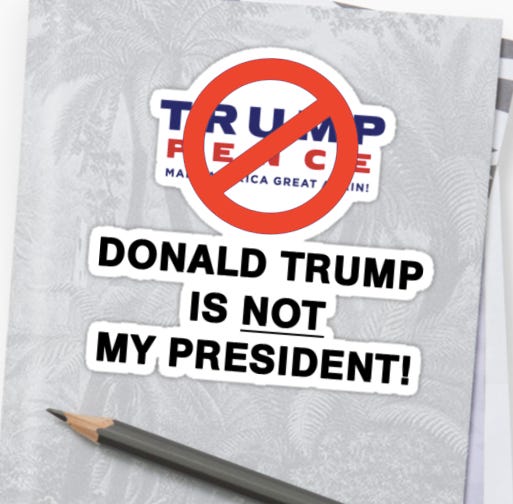 So, I hope you’ve seen the video from last night already, because it was chaos. I also really hope your enjoyment of the video matches the ridiculousness of the whole event. But the biggest head-scratcher that I got from the whole thing was the most prevalent, worst chant that I heard throughout the night.

I really don’t understand what these people mean here, and I was dying to get an answer, but the scene was too hectic to engage in any kind of clarifying discourse. As far as I understand the rules of Democracy, this dude is indeed your president. Or at least he’s going to be come January. And there really is nothing you can do about it at this point.

Several months ago would have been a good time to really let it ring from the rafters that you didn’t want this dude to be your representative in office. But everyone thought Hillary was a foregone conclusion, so everyone sat back on their haunches. Well it’s too little, too late for these angry picketers. In reality, this man is your president. You can disassociate from him or the U.S. as much as you want, but the reality is a grim one; as long as you’re living in the United States (and we know you’re not moving, lazy recognize lazy) this man is your president.

It reminds me of outbursts I would see in angsty teen movies, where a character would shout out “Your not my father,” or better yet movies where a disapproving dad would be like “I have no son.” Actually dude, you do have a son, and you’re talking to him right now. Same thing with these protestors. Actually dudes, he is your president and you’re clogging the street outside his building. Now beat it. 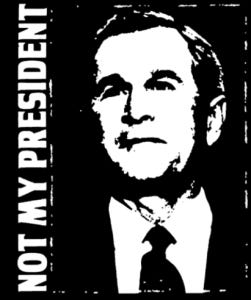 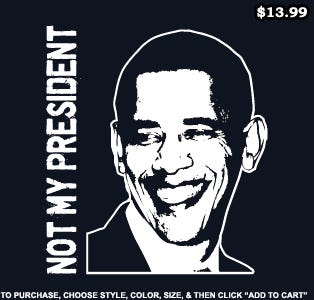 not my president+ 4 Tags