Oh you don’t like hearing about drops? Well that’s funny, I don’t like seeing them. Some Eagles fans have been giving Agholor some slack, hoping that he’ll come around, praying that he’s not the bust that he appears to be. I have a feeling that all of that good will should be coming to an end riiiight about now. Agholor can’t really seem like more of a dick than he does in this video. He’s looking like FredEx Jr., without the benefit of a 4th & 26 miracle to save his reputation.

Eagles fans have traditionally had level-headed, even-keeled reactions, to underperforming athletes, so their reactions on Twitter were no doubt mild. Let’s take a peek: 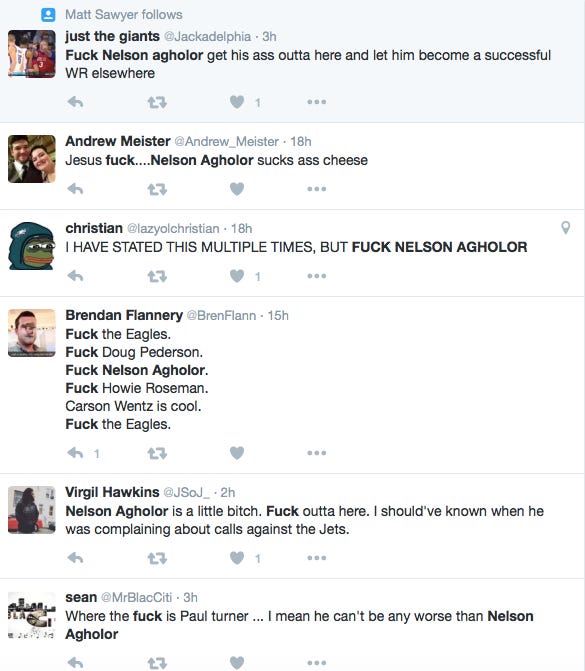 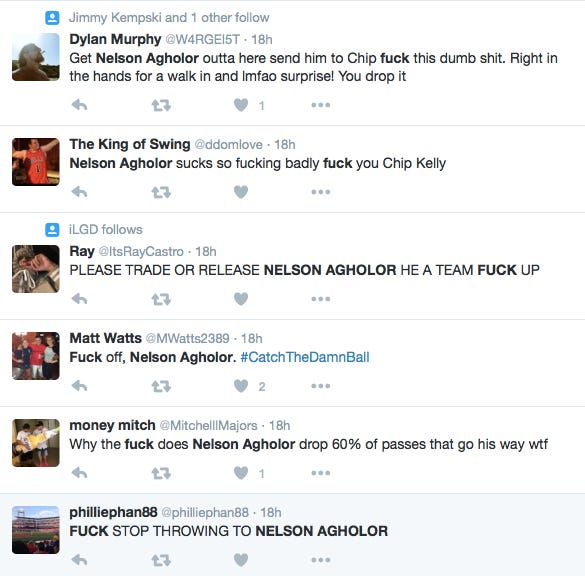 The Eagles need a more threatening option at WR, period. Whether it be Alshon Jeffery, Torrey Smith or anyone that isn’t Nelson Agholor.