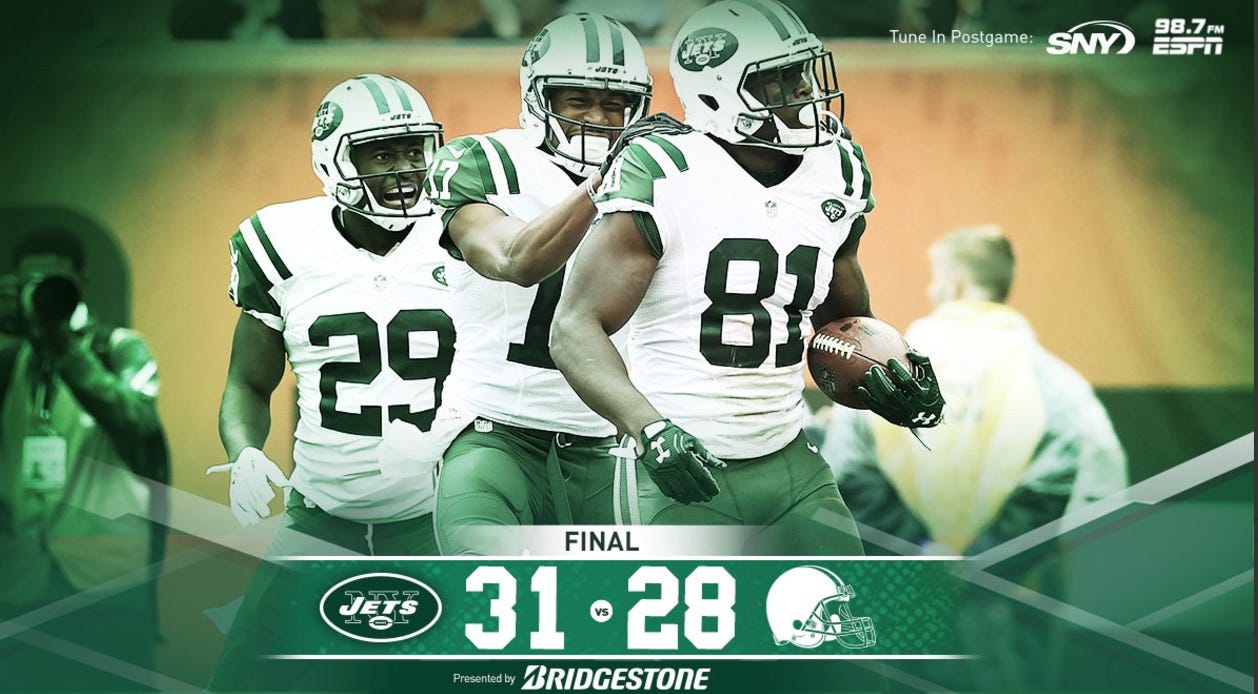 Real Barn burner today in Cleveland between two NFL powerhouses. There was a while there today where I really thought the Jets were going to lose that game and I was ready to proclaim them the worst team in the NFL. Fitz was 3/14 for 30 yards, Bryce Petty was warming up, Revis was getting torched, the Browns were marching up and down a wide open field, and I really was about to proclaim them the Nets of the NFL. Just absolutely no plan and no end in sight for their futility.

But they really kicked it into high gear and – get this – scored touchdowns. Against the Cleveland Browns. And so now here we are well on our way to a 5 or 6 win season. Some people even expect to be 5-5 before the bye. I’m going ahead and assuming a loss against Miami next week because the Dolphins are motherfuckers, but when you see the 49ers and Rams and maybe the Bills on there you realize the Jets are gonna be dicks and squeak out a few more Ws and ruin their draft and do this all over again for the next decade straight.