That dad ’bout to do it! 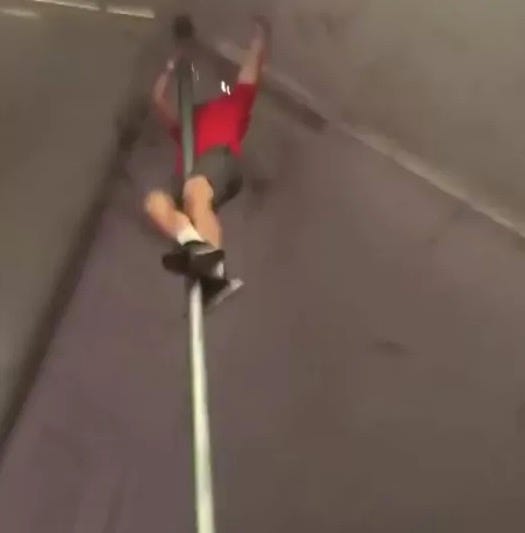 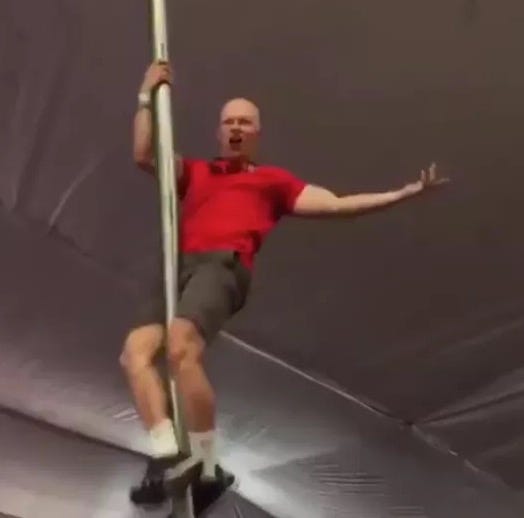 Nothing better than old people getting involved in the tailgate. Parents, grandparents, great-grandparents. Maybe they went there. Maybe their kid goes there and they’re just trying to live vicariously. Doesn’t matter. If you’re in the house and wearing the team colors and drinking it doesn’t matter if you’re 18 or 118, everybody turns up equally. And when it’s the World’s Largest Cocktail Party that goes times infinity, that’s how you end up with old dudes scaling poles to touch the top of a 30 foot tent while the crowd goes wild.

Age ain’t nothing but a number – Aaliyah (RIP)