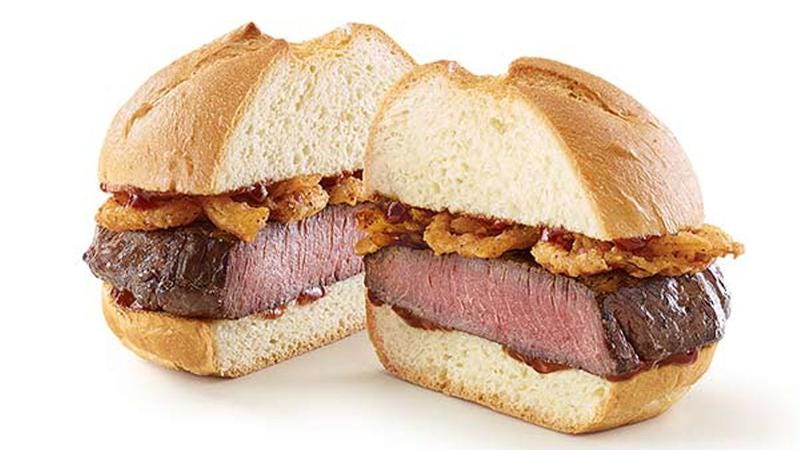 USA TODAY- Fast-food chain Arby’s will begin testing venison sandwiches in select markets by the end of the month, the company announced Tuesday. Arby’s venison sandwich features a thick-cut venison steak and crispy onions with a berry sauce on a toasted roll, according to the company. The venison sandwich is “100% deer meat,” with premium cut top and bottom round steaks from the hind quarter of the deer, according to Rob Lynch, Arby’s Brand President & Chief Marketing Officer. Lynch said the company released the sandwich as part of “It’s Meats Season” campaign, which celebrates the start of hunting season.

The new sandwich will be offered for a limited time at 17 Arby’s restaurants across the country. According to the company, the locations were chosen in heavy deer hunting areas in Wisconsin, Minnesota, Michigan, Pennsylvania, Tennessee and Georgia. Lynch said the company sources free-range farmed deer that feed on fresh grass, and he is confident that “deer hunters are going to love this sandwich.”

No offense to Arby’s and their glorious curly fries, but they can get this venison sandwich right the fuck out of my face. And it has nothing to do with venison being deer. Venison is a delicious, fantastic meat when cooked properly. My problem is the fact that Arby’s is the place serving the venison. Arby’s meats are suspect as is. I’m not giving them the green light to cook me venison. Do you see that press release? “100% deer meet”. “Free-range farmed deer that feed on fresh grass”. You aren’t charging fast food prices for good deer meat unless there’s some cooking of the numbers or something else at stake. Like I don’t know, the trillions of deer that become roadkill every year being used in the sandwiches. I’m not saying that’s what Arby’s is doing. But I’m saying this is all a bit suspect and I’m gonna stay woke as fuck. You are on my radar, Arby’s. Something stinks and it may be the deer meat sandwiches you are about to start slinging around this great nation of ours.