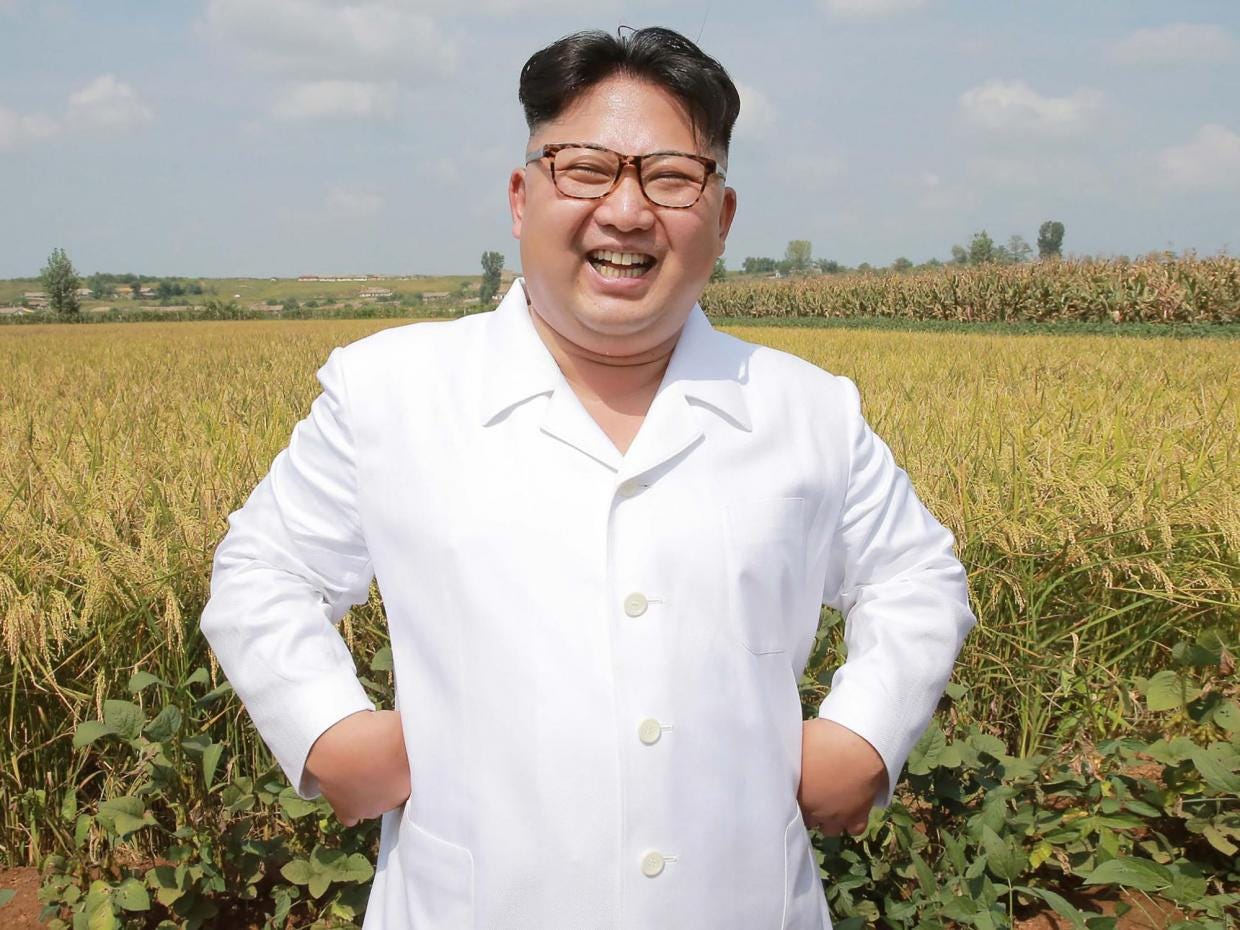 Kim Jong-Un has a penchant for French wine and boasted about drinking “10 bottles of Bordeaux” in one night, according to the Kim family’s former Sushi chef.

Kenji Fujimoto, a Japanese chef who claims to have known the Kims since 1982, disclosed details of a dinner he had shared with the North Korean dictator, revealing his fondness for indulgent food and drink.

If it wasn’t for all of the enslaving of his own people and threatening nuclear war on the rest of the globe, Kim Jong Un would be so fun to hang out with. Who doesn’t like to tie one on with a little bit of red wine with your closest pals who you might kill by tying them to a pole and shooting tank rounds at their face?

The article also mentions Kim sending his top chef to France (guy ended up defecting. Sad!) in order to learn the proper techniques of cheese making. Hell yeah! Me and Kim are both HUGE cheese guys. Love cheese!

Sure, hanging out with Kim might be risky and it could possibly get you brought up on charges of war crimes at some point, but can you imagine the fine sushi and wine that you’d get to have for the evening? Rainbow rolls out the ass, I bet. Delicious.

The most amazing part of Kim Jong Un’s power in North Korea is that someone can remain a ruthless dictator despite having an atrocious butt cut. That butt cut is otherworldly. Hard to take the nuclear threats of North Korea seriously when he’s walking around with that barbarous mane for the world to see.