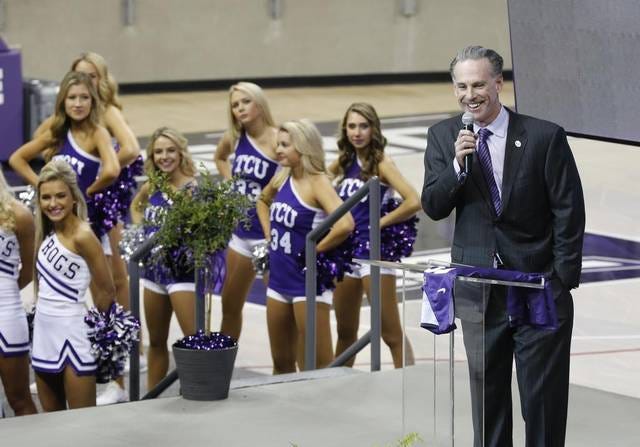 It’s two questions that get asked all the time. What programs are on the rise and what are the best teams to never win a championship? Now often the second question is asked about specific teams, whether it’s the 1983 Houston, 1991 UNLV, 1999 Duke or 2015 Kentucky team. Instead we’ll take a look at programs at a whole.

Every year there are a handful of programs that start to make the jump throughout the season. Last year we saw Xavier, Texas A&M, Oregon and USC all make a jump from where the programs have been. Three of those teams were top-3 seeds in the NCAA Tournament while USC was a ranked team for a large portion of the year.

So who are the teams that we can expect to make a jump in the next two years? There are six that come to mind right off the bat.

Alabama – While another certain school in the state is gaining notoriety because of Bruce Pearl and the fantastic job he’s doing on the recruiting trail, the state school needs to be talked about. Avery Johnson led Bama to an 18-15 record last season and is currently in the mix for 5-star recruits. Currently Bama is a finalist for John Petty, a five-star, top-30 player, who is expected to decide between UK and the Tide. With a wide open SEC this year after Kentucky, look for Alabama to be on the bubble most of the season again this year. They do have a couple grad transfers in this year that should help with the loss of Retin Obasohan, but the two main questions will be can they take care of the ball and can they find outside shooting at a consistent level.

St. Louis – While there were plenty of openings this offseason for coaches, perhaps one of the best moves that is going unnoticed was Travis Ford to St. Louis. He immediately began to recruit like he did at Oklahoma State and as of yesterday won a recruiting battle over Kansas and Missouri for Carte’Are Gordon, a top-10 recruit in the class of 2018. This is definitely a team that’s a year away from competing, as they are projected to finish toward the bottom of the A-10, but you want to see them start to improve now.

TCU – A coaching hire that everyone saw coming was Jamie Dixon going back to TCU, where he played in college. Sure, he was once thought of as one of the best coaches in the game and expected to land somewhere big after he left Pitt. Instead he’s taking over a TCU team that desperately needs help. The good thing? They will be better than last year, when they went 12-21 and 2-16 in the Big 12. With the Big 12 being a pretty open race after Kansas, TCU can rack up wins in conference and get some confidence as Dixon gets his guys there. He does inherit the No. 64 recruiting class – while it’s not great, it’s something Dixon can build on.

Western Kentucky – Someone might want to tell Rick Stansbury you’re not supposed to land multiple five-star guys at a place like Western Kentucky. Sure, the program has a ton of history and ranks top-20 in most wins by a school, but it’s still Western Kentucky. The biggest get was for next year and Mitchell Robinson – who is a top-10 recruit and had his choice of almost any school. The Hilltoppers finished eighth in Conference USA last season and should immediately jump into the top-6 this year. Next season we’ll be talking about them as a ranked team.

Creighton – Oh, nothing to see here. Just one of the best backcourts in the country and a top-25 team this year. Seriously, get to know Marcus Foster and Mo Watson who make up that backcourt. Foster, a transfer from Kansas State, averaged over 15 ppg in the Big 12 and provides scoring from the wing and a sidekick to Watson. They are picked by pretty much everyone to finish third in the Big East with the two stars and role players like Cole Huff and Isaiah Zierden. This is a team that wouldn’t shock me to crack the top-15 at some point during the season and likely beat Xavier/Nova once.

St. Mary’s – While Gonzaga gets all the talk for the West coast, there’s another team in its own conference who is quietly ranked No. 19 to start the season by the USA Today Coaches Poll. Last year the Gaels made a push for the NCAA Tournament, but ultimately missed because of the poor nonconference schedule. This year they are at least leaving the state and heading to Dayton in one of the best midmajor matchups we have. They are a fun team to watch as they like to get up and down the court and rank 12th in KenPom’s AdjO rankings.

Now when we’re talking best programs not to win a title, again, I’m looking at this as a whole. Program that have had success and major players come through yet unable to get over the hump. There was a couple that jumped out right away and trying to think about what went wrong pained me a little bit – especially for a certain school in North Carolina. So here are the best programs to never win a NCAA title in the NCAA Tournament era.

Houston – After watching that Phi Slamma Jama 30 for 30 it’s even more remarkable this team didn’t win a title in the 80s. They rolled out a team with (H)Akeem Olajuwon and Clyde Drexler for a couple years and I didn’t even mention Rob Williams, who was an All-American. This program has had some big names and making three consecutive Final Fours in the early 1980s shoots it up the list.

Wake Forest – How this team didn’t win a title, let alone make a Final Four in the 1990s is beyond me. With Tim Duncan, Randolph Childress and Rodney Rogers this team should have been there, however there was always something in the way. One year it was a loaded Kentucky team. The next year it was Childress being sick. Then in 2005, they were a favorite to get to the Final Four with Chris Paul, only to lose in the Round of 32 to West Virginia. They’ve only made one Final Four as a program, which just doesn’t make sense for the talent they’ve had.

Illinois – Oh what could have been in 2005. That team suffered just two losses the whole year, with one of them coming in the title game. That roster was loaded with Deron Williams, Roger Powell, Luther Head, Dee Brown and James Augustine. That was the closest the program has gotten to a title, but there’s no reason for them not to be there throughout their history. With Chicago nearby it’s shocking that the Illini haven’t gotten to cut down the nets.

Xavier – One of the late risers in the college basketball world, Xavier is consistently in the NCAA Tournament. The Muskies have made it 10 of the last 11 years and five Sweet 16s in that time. For a program that’s been around since 1920, it’s shocking they never made it to a Final Four.

Gonzaga – Yeah, it might seem weird to include a ‘midmajor’ but the fact is Gonzaga has been one of the 10 best teams in the country multiple times now. When you’re that good for this long, you probably should have made a Final Four and competed for a title at some point. There’s been NBA talent on the roster and All-Americans so there’s no excuse from Gonzaga that they are just a small school in the WCC anymore.