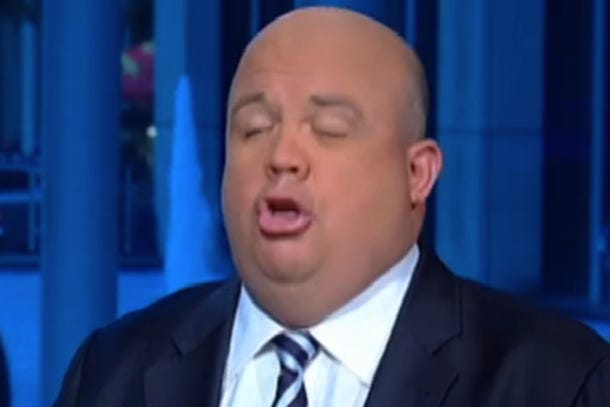 NYDN – ig Daddy Loud Mouth will soon be yakking in the City of Brotherly Love. Chris Carlin is headed to WIP-FM, the Philadelphia all-sports outlet, to host the station’s afternoon drive-time show, according to radio industry sources. Carlin, who has co-hosted SportsNet New York’s Loud Mouths since 2008 (most recently with Jon Hein), will likely work that gig for the final time Nov. 4, the sources said. Carlin will host WIP afternoon drive with former Eagles linebacker Ike Reese. Last week, WIP announced Reese would move from mid-day to afternoon. Carlin is also the radio voice of Rutgers football. He recently gave up his Rutgers basketball assignment and was replaced by WFAN’s Jerry Recco. Throughout his TV career — he also hosted SNY’s Mets pre and postgame show for five seasons — Carlin worked radio doing a college sports show on SiriusXM and doing fill-in work at FAN. He made his early bones on radio serving as Mike (Sports Pope) Francesa’s producer for over six years. At that time, the Pontiff bestowed “The Continent” moniker on him.

Sooooo 94.1 WIP railroaded Philly outsider and loud mouth Josh Innes out of town (even though he aided his exit on numerous occasions) and replaced him with a New York sports mainstay with an arguably louder mouth.

Interesting move to say the least. I mean, FUCK attempting to produce or bring back homegrown talent who actually get the city. Sure, outsiders have thrived in different places where they were raised. Angelo Cataldi is a New Englander and Glen Macnow is from Buffalo. Feits told me the morning and afternoon drive time guys in Boston root for different teams and they’re the most listened to shows in the city. Well, Cataldi and Macnow also wrote for Philadelphia papers for a number of years and entered into radio at a different time period. Also, I can understand how Boston and other cities can get away with not having people who “Get” their city. Their sports teams actually fucking win. It’s easy to talk to fans who ultimately have the upper hand. Philadelphia is the definition of misery needs company. Yes, our squads have only one championship in the past 4.2 million seasons. The last thing we want is some outsider fuckstick waltz in and not understand just how distorted our reality is in The City Of Brotherly Love. ESPECIALLY someone who is a mainstay in NYC sports for his ENTIRE CAREER. I’m sure Chris Colin is a fine broadcaster. If he wasn’t he wouldn’t be in this position. But I don’t know if any outsider can come into this market and give the fanbase the sports talk/analysis/therapy it deserves. Philly and its people are an egnima. It takes one of us to understand us.

Not to mention it’s quite a feat being called a misyoginistic fat piece of shit by a man who once refered to the entire Rutgers women’s basketball team as “Nappy Headed Ho’s”. Sweet backbone ya got there, Chris.