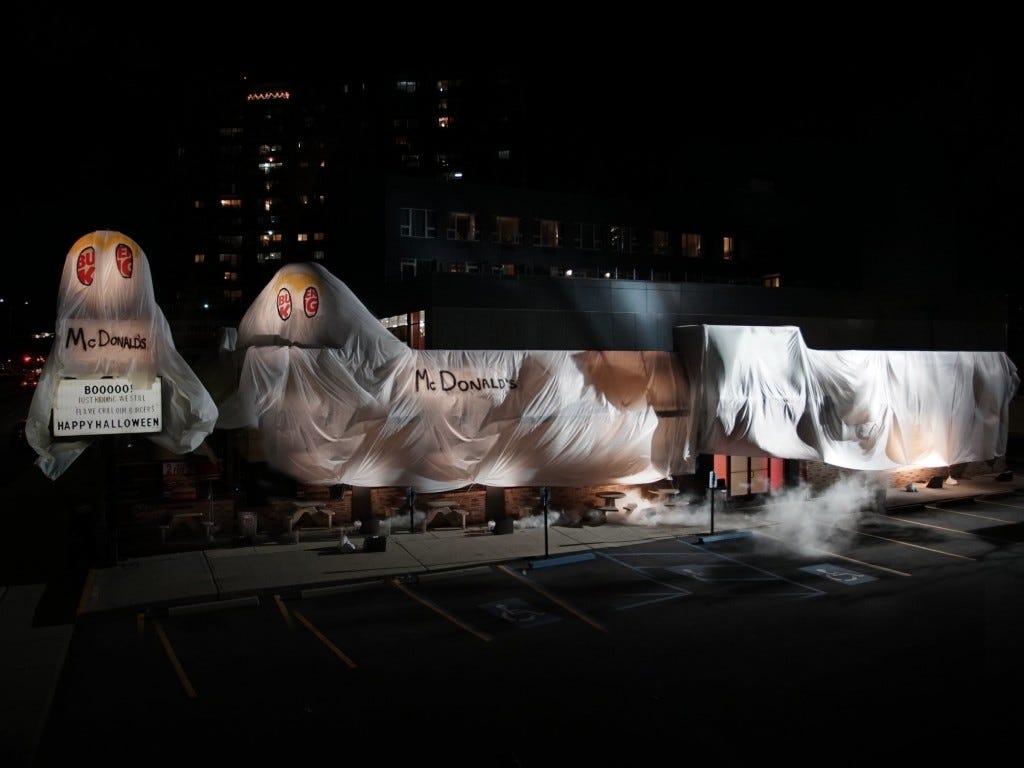 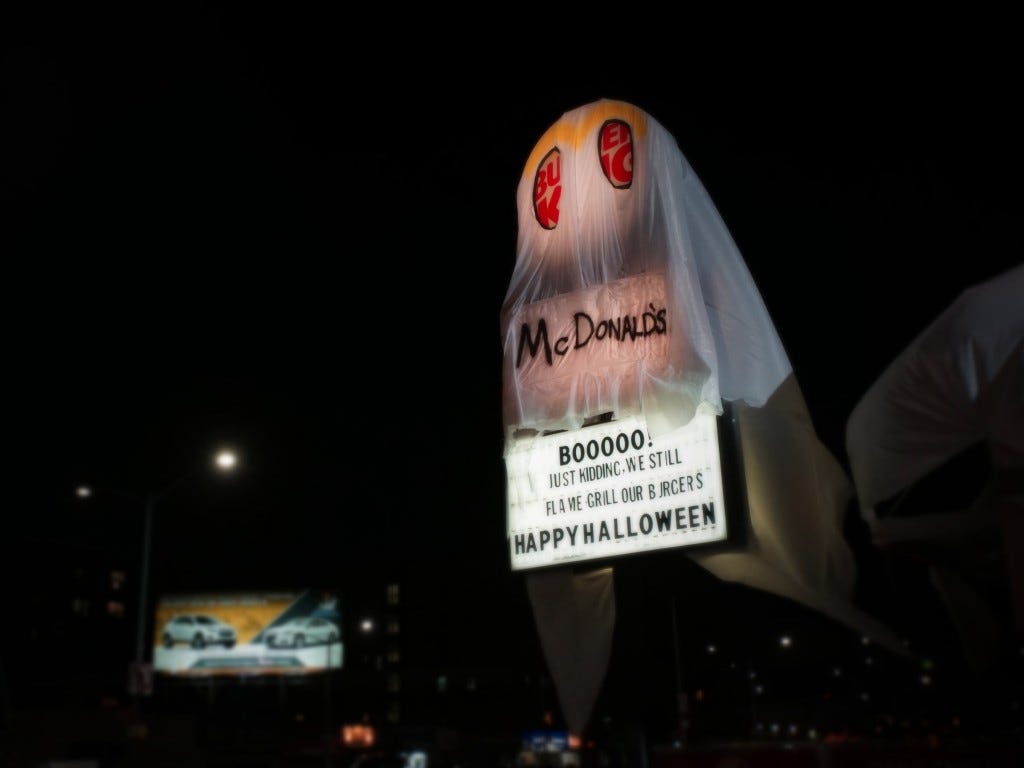 Business Insider- A Burger King location in Queens, New York has a Halloween costume that perfectly pokes fun at the fast-food chain’s biggest rival. The location’s costume is a ghostly McDonald’s, covered with a “sheet” with the word “McDonald’s” spray painted on top. The icing on the cake: a sign that reads, “Just kidding, we still flame grill our burgers” — a snide shout out to the chain’s differing styles of burger preparation.

That costume is so preposterous, I have no choice but to sit back and laugh. Can you imagine being some teenager at the bottom of the BK totem pole and being told to hang a gigantic sheet on top of your shitty Burger King in Queens and cut out eye holes and writing the word McDonald’s on it? Wild. It probably took every ounce of restraint in that BK employee’s body not to do a swan dive off of the roof. It’s bad enough for cube monkeys to be forced to dress up for halloween. But dressing your dumpy Burger King up once the weather has turned is something you warn your grandkids about when they are thinking about dropping out of school. On the bright side, at least we know that this person had a worse day at work then you or I. He/she hit rock bottom. But now that they hit rock bottom, all they can do is go up. To be honest, now I am kind of jealous of this BK employee.

As for the “flame grilled burgers” burn, I give it about a C-. I respect the effort, but nobody goes to McDonald’s for their trash burgers anyway. McDonald’s could just fire back with a “Billion Served, At Least We Aren’t Burger King” sign. However, if this Queens Burger King dressed up as a McDowell’s, it would have been an automatic A++++. 10 Clem Quarters to whoever understands that reference.

P.S. I once actually wore a ghost costume like this while I was in college. I loved it because it was such a basic and dumb costume. Two problems though.

1. You have absolutely 0 peripheral vision, which is a problem for anyone (especially a big guy) going to crowded college halloween parties and bars. People bumping into you and you have NO CLUE where they are coming from. You are living in your own personal panic room underneath that sheet.
2. At least 30% of the people at said party will think you are a KKK member. Not the best of looks, even on halloween.