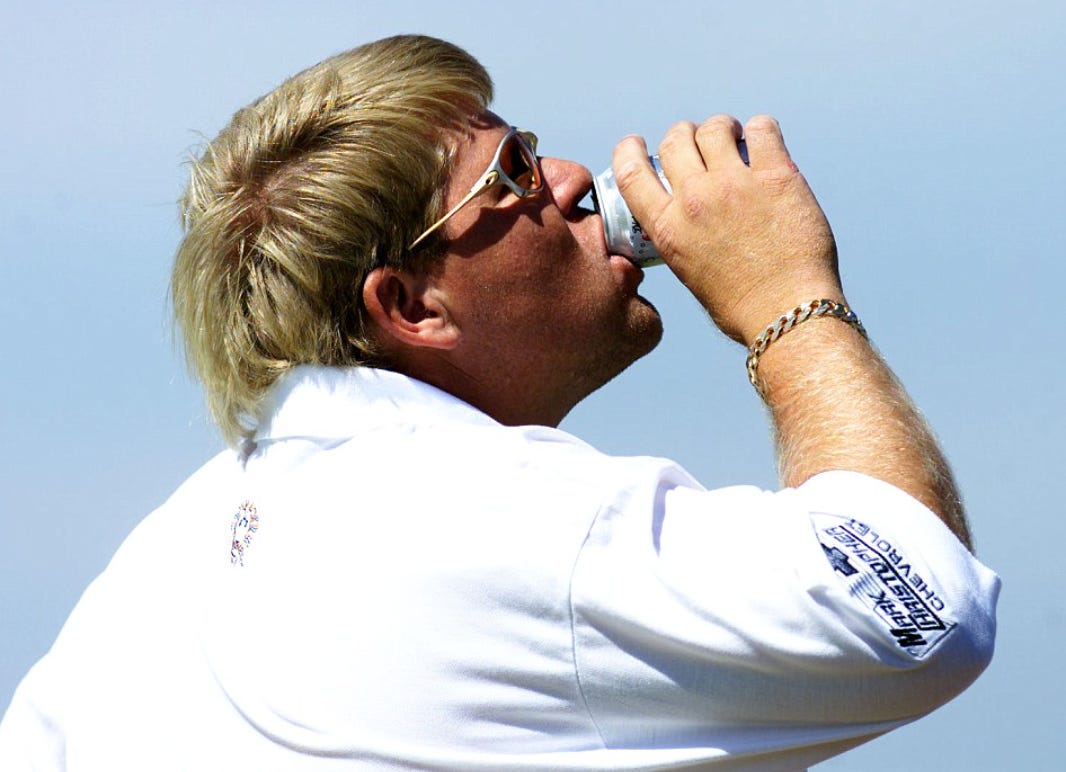 CBS Sports- John Daly’s propensity for drinking beer and smoking cigarettes is as well known as his ability to hit the ball 300-plus yards off the tee. Daly is the subject of the upcoming ESPN 30 for 30 documentary “Hit it Hard,” which will give an in-depth profile of his exploits on and off the course. In a clip from the film, Daly was asked about drinking during a tournament, which he denies ever doing … except for one time at the L.A. Open. “I never had any alcohol on the golf course that I remember, except for one time, and that was the L.A. Open,” Daly says. “It was so slow and I played the back nine first. I think I’m 2 or 3 over. I went in the locker room and downed like five beers, and I think I shot 4 under on the front nine. That is the only time I know that I ever drank during a round, and I played great. I played great that week. I finished strong.” Daly noted that he had been hungover a lot on the course or was even still drunk from staying out until 3-5 a.m. when a round began, but the L.A. Open was the only time he actively drank during a tournament.

Ummm yeah we know. Well we didn’t know for sure, but we knew. Or we assumed. That’s it. We assumed (and pretty much knew) that somewhere along the line John Daly tossed back cold ones during a PGA Tour round. I’d even venture to say JD pulled a fast one with that quote. He did the thing where a person says they never did something……..except that one time. Then people make a big deal about that one time and never ask him about it again. When in reality, I bet John drank during a PGA Tour event multiple times. What are my sources? My sources are that we’re talking about John fucking Daly here. He was in his prime drinking days before social media and before everyone covered everything at all times. I bet he did some wild shit during PGA events back in the day and nobody knew or knew and didn’t care. Blowing lines off his putter. Fucking chicks in the porta-potties. But ol’ John played this one perfectly. He gave the media some red meat to chew on to distract them from all of the real crazy shit he did during events. Don’t worry. I won’t tell anyone.