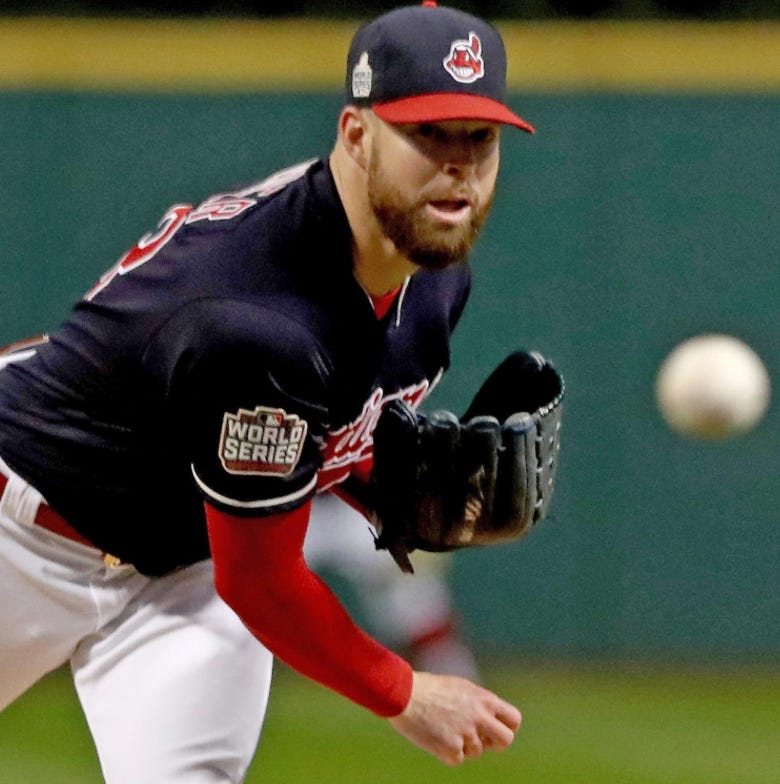 We’ll have all day tomorrow to dissect Game 1 while anxiously waiting for Game 2 (you all better get ready for the best Cubs writer on the internet in Carl) but here’s the short of it, before Rondon let it blow open in the 8th. Corey Kluber was simply phenomenal. Unhittable stuff right from the jump. I know the knee jerk reaction will be “Cubs can’t hit the best pitching”. Well guess what, very few people on this planet can hit “the best pitching”. Corey Kluber was going to do what he wanted, where he wanted, when he wanted,  all night long. Then Andrew Miller came in to do basically the same (minus a bases loaded chance). I’m not going to get down on the Cubs, I’m going to tip my cap to some fantastic postseason pitching. You can say the umps had an inconsistent strike zone, which may be true, but don’t say that changes what happened tonight because Corey Kluber wasn’t getting beat by anyone and Roberto Perez and Francisco Lindor were locked in no matter what. Have to know when you’re beat and that’s what happened tonight. Tomorrow is a new day. Just like Game 3 in the NLCS didn’t matter the minute the Cubs won Game 4, Game 1 can be erased with a win in Game 2. No reason to get down, just gotta find a way. No one has ever won a 7 game series in the first game.

Two positives to help you sleep

-Andrew Miller had his longest outing of the season tonight (pitch count wise). He’ll probably be available tomorrow because he’s a MONSTER but the name of the game is getting looks. Getting looks in Game 1 will hopefully pay off somewhere down the line. You can’t ever get fully comfortable facing a guy like that but you can at least build on what you see, hopefully that happened tonight.

-Kyle Schwarber is nothing but a positive addition. Glad some people out there doubted Theo on that one. Thinned out the herd.

One last one for a laugh that we all could use.