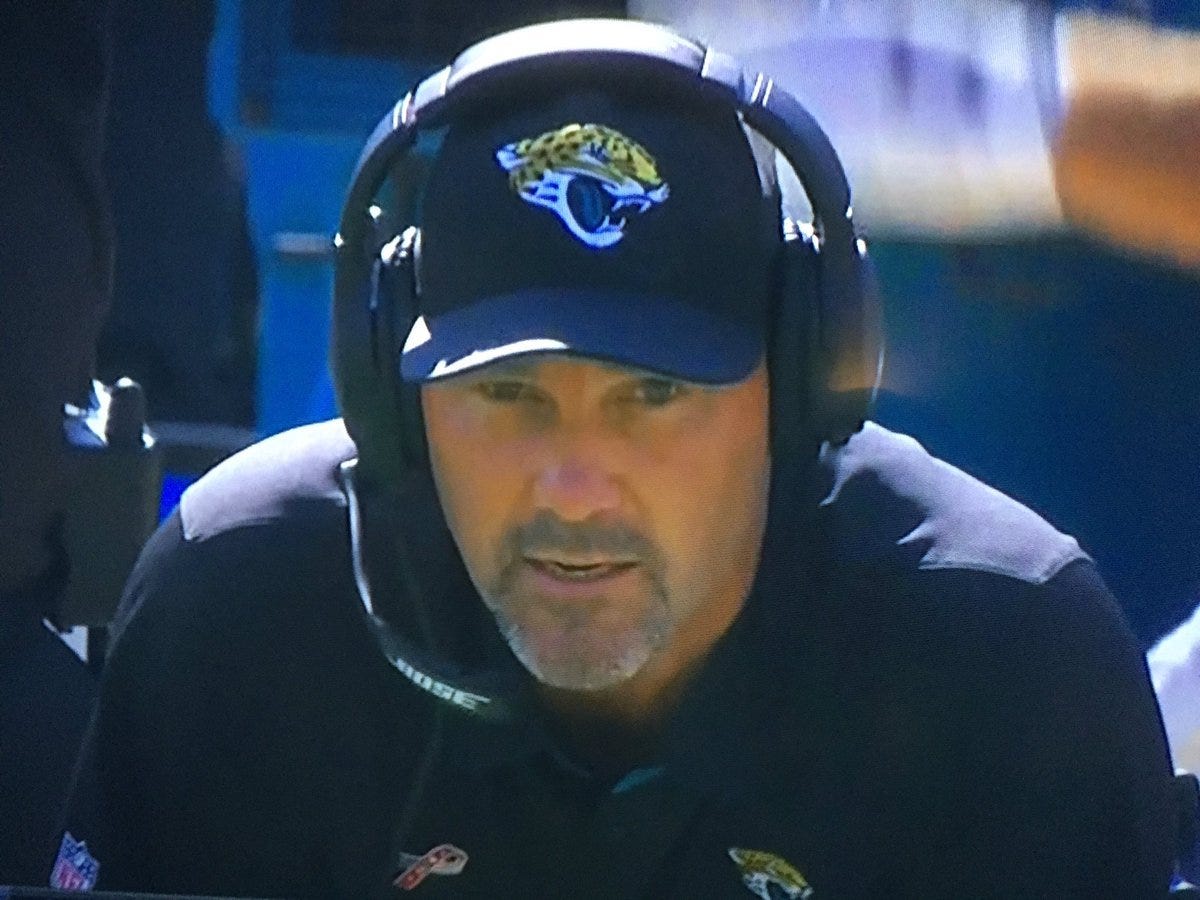 I was surfing the world wide web this morning and noticed some of my Jaguars pals talking about the game from this past Sunday.

Needless to say, they were upset. The Jaguars are 14-40 under the GM and Head Coach in place, but that kinda gets trumped by what the Jaguars stadium folks did this weekend. Well, maybe not, but it proves that the loser mentality has grown like mold in the wet basement that is Jaguars football.

When the Raiders scored a field goal, the Jaguars PA staff played the Raiders fight song.

I’ve seen and heard a lot of shit in my days as a Jaguars fan but this one is ridiculous. Losers, man.

To top that off, Allen Robinson, who has played like shit all year, chimes in on the fans…. 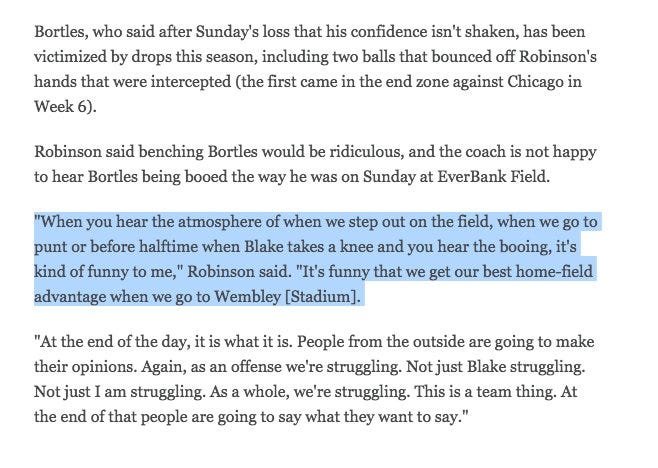 Of course the fans boo. YOUVE LOST 40 OF THE LAST 54 GAMES AND GOT BLOWN OUT BY THE RAIDERS.

The most insane aspect of the Jaguars being fucking terrible is that local media in Jax is basically fine with it. They had to deal with guys like Tom Coughlin, Jack Del Rio, and Mike Mularkey (who are all assholes to the press) so they can deal with the losing as long as they get to deal with a pussycat like Gus Bradley and his Snapple Iced Tea motivational quotes.

Time to press X and sim to the end of the season.

UPDATE: some Jaguars fans said they didnt hear the Raiders song but the fact that it wouldnt be surprising says it all.