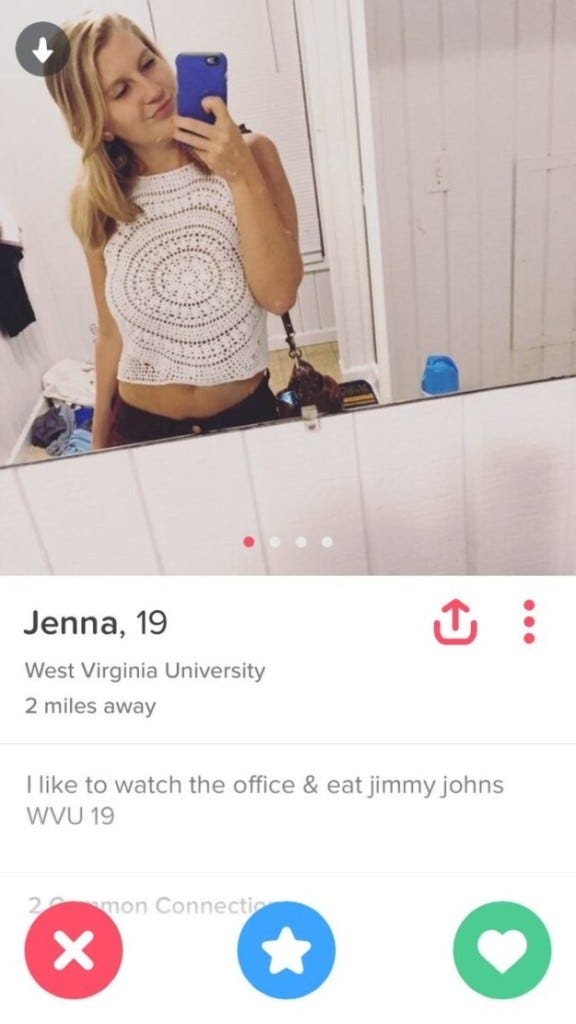 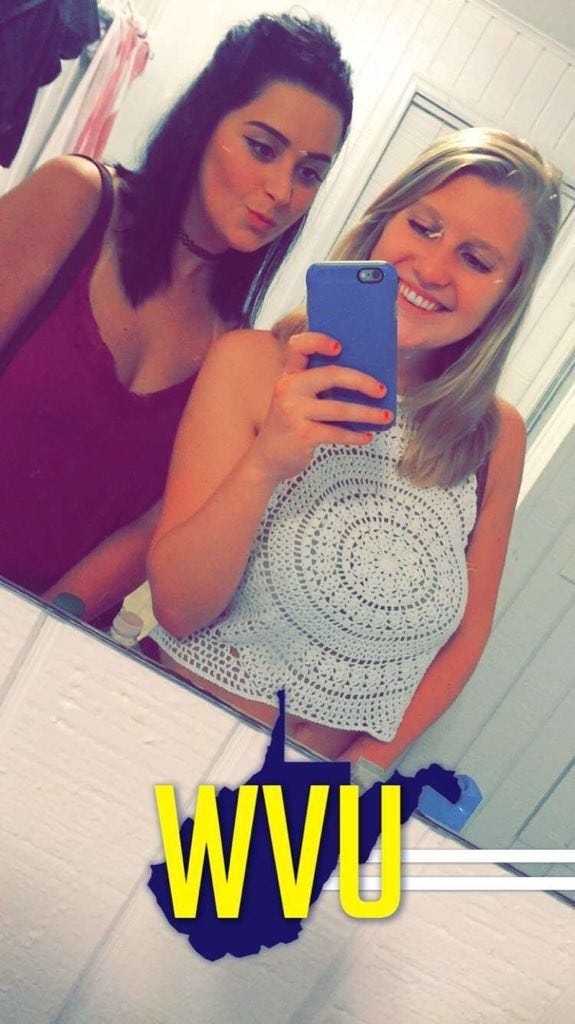 Buzzfeed – [I]t was particularly weird for [West Virginia student Mark] Kowalczyk when he was on Tinder recently and came across a photo of [Jenna] Zagrodniczek. This photo was apparently taken in his bathroom.

Kowalczyk was sure it was his bathroom because in the lower left hand corner of Zagrodniczek’s Tinder photo was a pile of clothes — which his roommate would always leave in that part of the bathroom.

So he tweeted it out:

And she responded (#SpagsPromise on the pic maybe?):

And once the tweet started to go viral, the tale of two people bonded over something as magical as a shared home/bathroom experience became one the internet fell in love with:

A West Virginia romantic love story as old as time: You thought the place where I take violent and rancid beer shits was a great place for a photoshoot meant to court suitors. That’s practically a romance novel down there. But honestly it’d be a pretty great story if this worked out between them, possibly the only good story between two people who met on Tinder (aside: are there wedding websites with the How We Met section that say, “He swiped right because she had big tits and he was too drunk to realize she even had a face”? There should be). They turned what’s otherwise a robotic and desensitized process that’s more like a Black Mirror episode at this point than a courtship into something that seems a little more like destiny. Jokes aside, it’s actually kind of a sweet story.

Buzzfeed says the two of them are going to go on some sort of Halloween-based hangout — a nice call for the first date being the sluttiest night of the year when she was already predisposed to putting out due to internet pressures. Here’s hoping these two crazy kids get together for a lovely night, find themselves fooling around on a couch, then light it on fire and throw it out a window in a symbol of the beautiful West Virginia love.