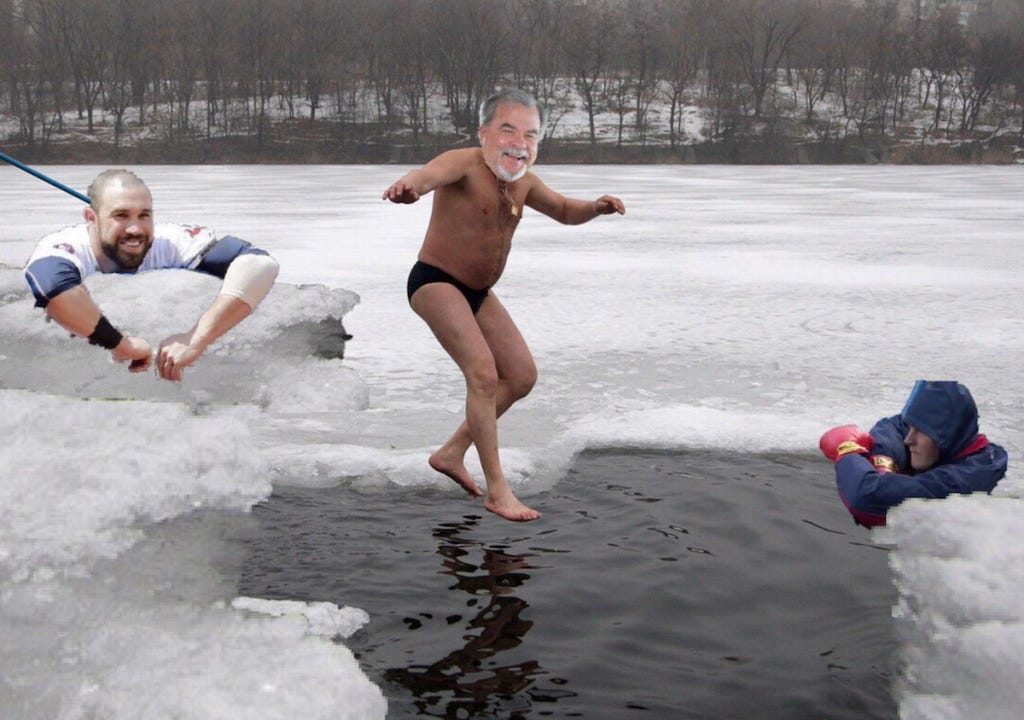 Paul Hoynes, who has been covering the Indians since 1983, has been feeling the wrath of Tribe fans and players since his now infamous column this past September.

The Indians won a ballgame Saturday afternoon, but their postseason dreams ended. Write it down. On Sept. 17, the Indians were eliminated from serious postseason advancement before they even got there. They have 14 regular season games left and they’ll eventually clinch their first AL Central title in nine years. But that’s where it ends, because no team can withstand the losses the Indians have suffered over the last nine days.

After the Indians swept the Red Sox in the ALDS, he was the first person that Francisco Lindor was looking for when he got back into the visitor’s clubhouse.

Corey Kluber found him and poured a beer on his head to thank him for the motivation that his column provided.

As it turns out, not only did Hoynes write that column in September, proclaiming that the Indians were “eliminated from serious postseason advancement before they even got there,” but three days later, he doubled down on this sentiment by accepting a bet that if the Indians made it to the World Series, he’d jump in Lake Erie.

Well, here we are. The eve of the World Series, which will open at Progressive Field on Tuesday night, as the American League champion Indians host the National League champion Chicago Cubs. Still no fuckin’ plunge for Paul, though, and he has yet to actually acknowledge losing this bet on his Twitter since the Tribe clinched the pennant.

HOWEVER, we’ve got an update. Apparently this is actually going down, and the biggest Indians fan on the planet, Trevor Bauer, is going to get drone footage of the whole thing, because of course he is.

I feel like this needs to happen before the World Series actually starts, though. It’s going to be so anticlimactic if the Cubs win the World Series, and then everyone gets all excited for a postmortem World Series appearance lake dive. Has to be a celebratory element to it, especially if Bauer is gonna be there drones blazin’. Hoynsie, if you have any integrity, you get your ass in that lake before first pitch tomorrow night at 8pm. Tick tock.