Week 6 was bad. We had the game won and because of 70 degree October weather (global f-ing warming) and more horrible officiating we blew it.  Blah blah blah.  Who cares?  It’s Packer week.  Let’s get right to the week 7 preview.

I don’t need to tell you that the Packers suck, but I’m going to. In fact, I am going to list out 15 reasons why they suck. I know this is a list that could go on forever, but I will keep it short.

-Green and Gold are awful colors together.

-The Lambeau Leap is dumb and should be a 15 yard penalty. 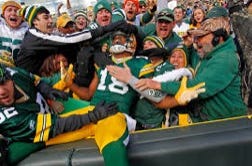 – They think that framed piece of paper hanging on the wall next to the basement bar makes them an actual owner.

-In each of their last dozen starts, Hoyer has been better than Rodgers. h/t @DudeSlater

-They paid to get Clay Mathews off the hook for his steroids. Also the trader Julius Pepper.

– Every training camp they steal bicycles from children. h/t @BolandSays

– They have celebrity fans like James Van Der Beek and Lil’ Wayne. We have much more prominent fans headlined by Jim Belushi. 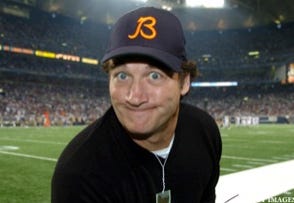 – They fail at winning Super Bowls while the league and refs cheat for them. h/t @_chicago_joe

– They don’t have a type of weather named after them. h/t @CuttyDoesIt

– Green Bay was originally called the “Bay of the Stinkers” because it smelled like shit (pro tip: it still does)

-They are not Chicago.

Bears roll to victory this week to take a 3 game advantage in the overall head to head record.

Bears Offensive Player to Watch: Brian Hoyer.  He should carve up this wretched Packer D all night long.

Bears Defensive Player to Watch: Willie Young. A-Rodg isn’t going to be able to walk after this one.

*Should be 6-0-0 if not for bad bounces, bad referees, horribly warm weather, and injuries.