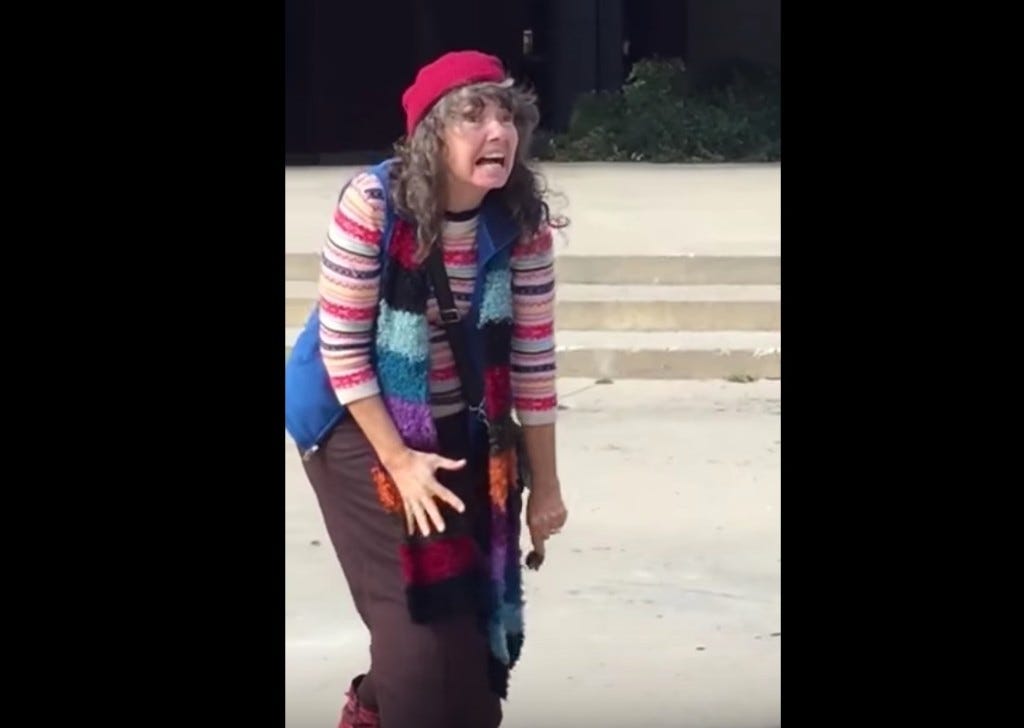 For as important as condoms are (wink but not really but definitely kinda wink), I have to say that every single adult woman who has been passionate enough to encourage me to use condoms throughout my life is an absolute fucking nut job. My middle school health teacher told us about condoms in sex ed class and while I remember her extolling their virtues, I more remember her seemingly relishing telling us about how if you don’t use condoms, you have to get tested for STDs and then if you’re getting tested for STDs, they might jam a Q tip down your dick hole to get a swab and test you (thankfully this doesn’t exist now but you can imagine how it stuck with a 12-year-old who’s been cumming for like a month). And in high school we had a health teacher who I think had a PhD who was more professional but still an old Jewish lady who was wayyyy too comfortable in her sexuality and when putting a condom on a banana in class followed it up with a joke about how you could put it on with your mouth too, a bit much for tenth graders already horrified that the idea that this woman is having sex. Mix in a seemingly asexual RA who had to tell us to take condoms from a bowl in her room but was horrified the one or two times people did it, it’s not exactly a murderer’s row of sexual protection.

I can’t imagine my experience here is so atypical so overall what’s the issue with this? Why is it only old ladies who look like they should be teaching a group of kids on a Magic School Bus who care about sexual health? Are there no 23-year-old Teach for America nymphos who are passionate about sexual health that could maybe make a more palatable message? For something so important as condom usage, you’d think you want your best and brightest on the case and instead we have this gypsy out there who’ll either encourage you to wear a condom or cast a curse on you that makes you thinner until you waste away.

You want people to wrap it up Big Condom? Less weird unrelatable old ladies, more nubile educators and maybe some more of this dude: