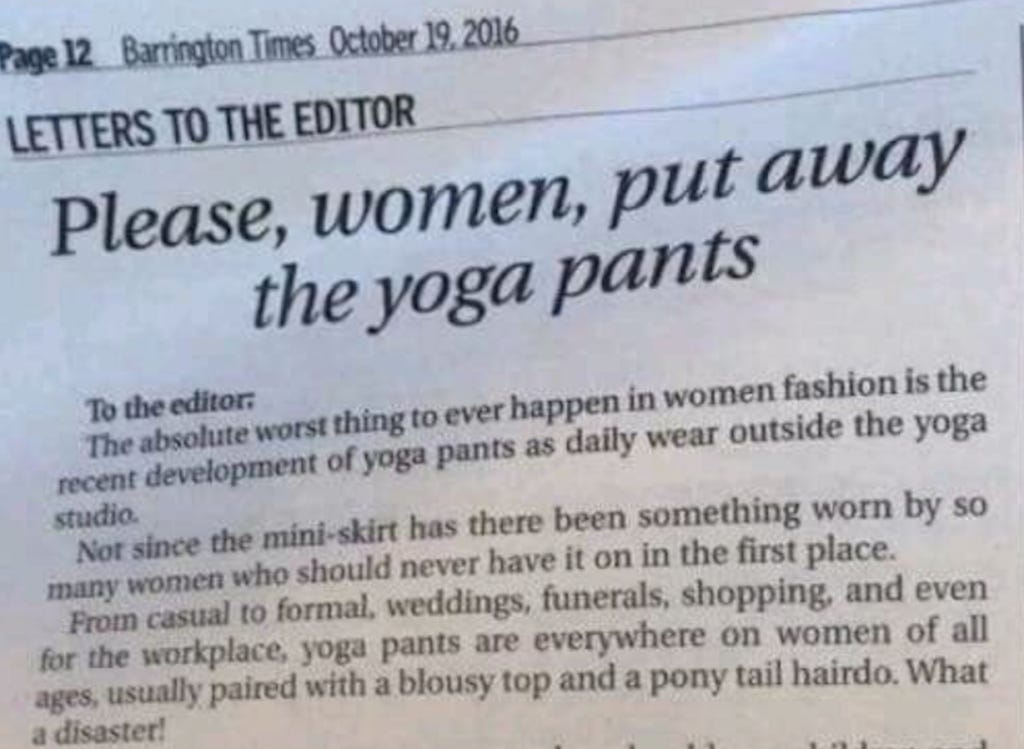 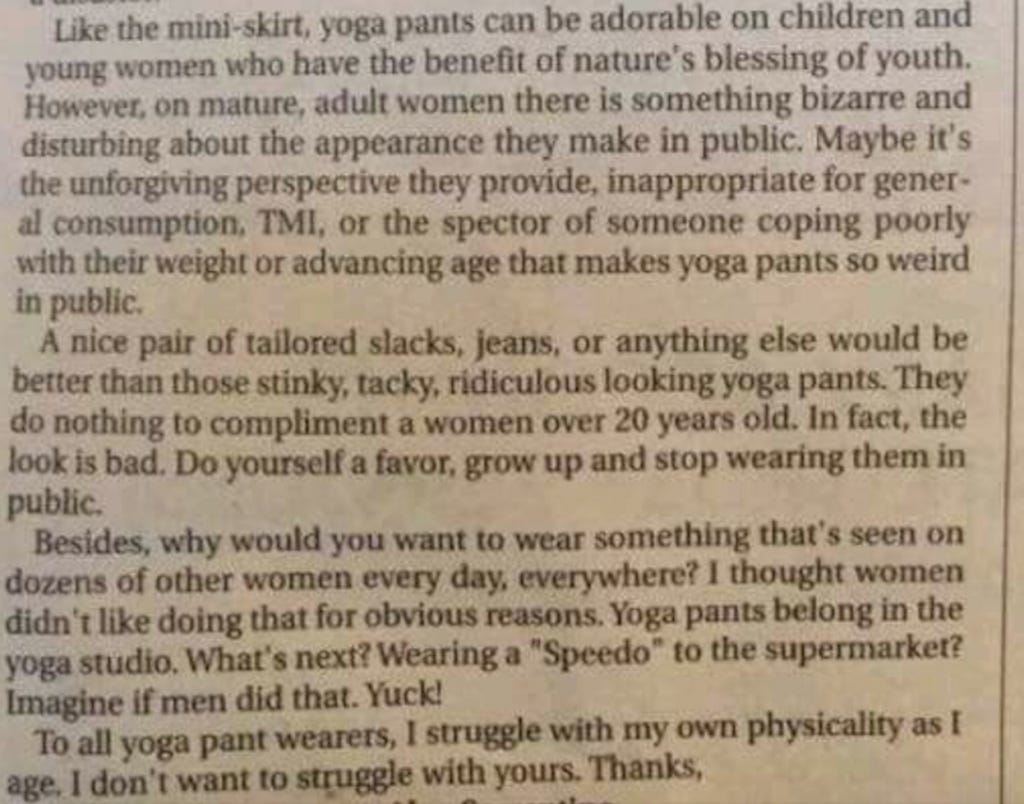 First of all, Alan, let’s address one thing real quick: don’t say mini skirts and yoga pants on children are adorable. That shit is creepy as fuck. I’ve never seen a mini skirt on a toddler and I hope I never have to. If you’re writing an article about how you hate adult women in tight pants but gush at the sight of a kindergartener in them then you’ve got a fucked up psyche.

Still, even without that creepy old man comment, how ’bout you fix yourself a nice glass of shut the hell up? Don’t you slander yoga pants. Not on my watch. I mean I’m not sure what kind of weddings and funerals you’re attending with gals in yoga pants, that seems to be more of a “you have low class friends and go to shitty formal events” situation, but if a gal wants to wear yoga pants outside of the yoga studio then that’s more than fine with me. It’s more than fine with basically every other red-blooded American. Do we occasionally bump into a woman who doesn’t quite have the figure to pull them off? Sure, that’s bound to happen. But I’m not going to outlaw ALL steaks just because I had a poorly cooked one. I’m not going to promote prohibition because a bartender made me a bad drink. If you see a woman in yoga pants who shouldn’t be in yoga pants, you simply avert your eyes. Scan the room for someone more visually appealing, perhaps. But to be so aghast at women in yoga pants that you feel the need to go home and pen a letter to the editor isn’t just insane, it’s downright UnAmerican and UnMan (that’s a thing). You used to tell on girls whose skirts were too short in high school, you fucking snitch? Let us have this.

PS – What a stupid fucking question at the end there. “Why would you want to wear something that’s seen on dozens of other women every day?” Yeah, great point. Why would you want to be on-trend and fashionable? What kind of woman does that? Wear a fucking pillowcase around like you’re Dobby! Be unique! No person who has their own sense of style ever leaves people wondering “what the FUCK is that? Why are they wearing that? It’s offensive.”