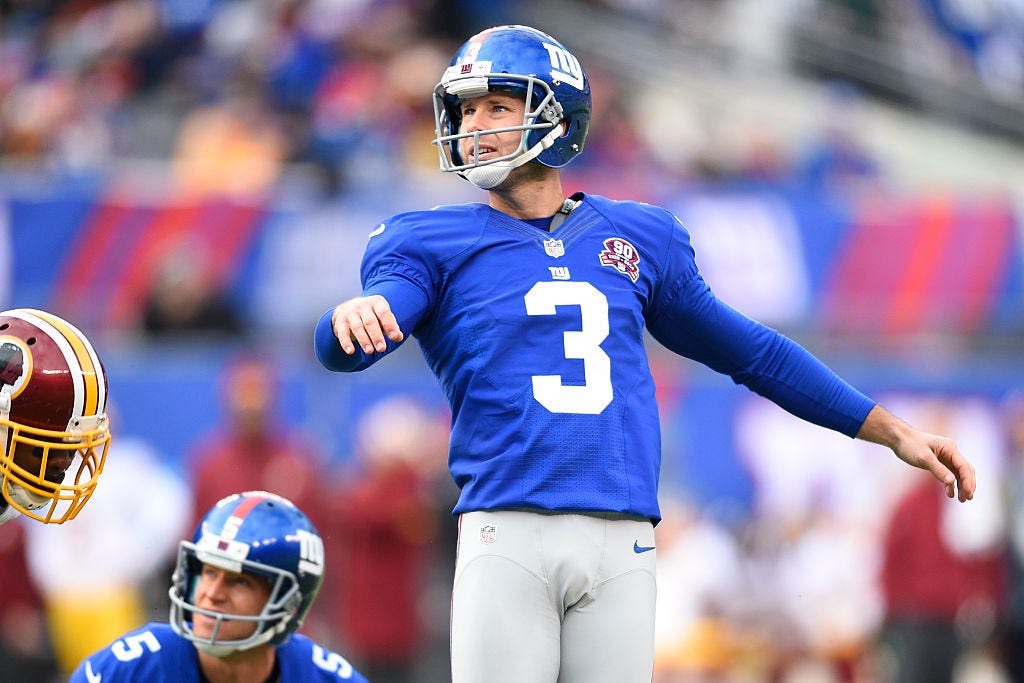 SNY- Josh Brown’s ex-wife alleged that the NFL and some players on the Giants were aware of the kicker’s abusive behavior, and the NFL was once concerned enough to take steps to try to protect her and her children. Those allegations were among the many contained in the 165 pages of documents SNY obtained from the Kings County (Wash.) Sherriff’s office on Wednesday. Among the emails and diaries where Josh allegedly admitted to physically abusing his now ex-wife Molly, was a police “follow up” report with more accusations and allegations of abuse.

A significant one allegedly occurred under the NFL’s watch at the Pro Bowl in Hawaii last January, according to the police report. Molly told police that while she and Josh were in the process of getting a divorce, Josh offered to take her and her children to Hawaii and pay their expenses. She agreed, but then called that “a big mistake.” Molly alleged that she was subject to “cutting comments” from Josh on that trip, and that he took her phone and searched through her texts, according to the police report. She also alleged that one night he got drunk and pounded on her door so loudly that NFL security and hotel security were called and had to escort Josh away. She also alleged that the NFL eventually put her and her kids up in a different hotel “where Josh would not know where they were,” the police report said.

That last part is a damning allegation considering the reason the NFL gave for using only Josh Brown’s arrest in May, 2015 when they decided to give him a seemingly light one-game suspension for violating the league’s personal conduct and domestic violence policy. The league said in a statement in August that while it was aware that Molly had alleged multiple incidents of domestic violence, it “had insufficient information to corroborate prior allegations.”

I want to say that something like this surprises me, but it doesn’t in the least. The NFL has been a disgrace with domestic violence issues for years now and this is no different. Even after they adjusted their domestic violence policy. Granted, I know that this isn’t a smoking gun about multiple instances of abuse. But not investigating Brown further and only giving him one game for an isolated incident when they were literally HIDING his wife and kids from him is completely fucked up. Does the NFL or the Giants need TMZ to release a Ray Rice-esque video before they do something?

I was surprised that the Giants didn’t cut Brown for the first offense, was perturbed nothing came out last night, and I am downright SHOCKED they haven’t cut him more than 12 hours after these reports came out. The first thing I did this morning was check Twitter to see if there were at least reports of them bringing in a kicker today. Nope. I’m not sure what the fuck is going on inside John Mara’s brain these days. And yes I know the Giants have a bye week after the Rams game and can potentially address it then. But couldn’t they just temporarily suspend Brown as they “investigate further” before signing a new kicker? Again, it can be Bullock, Tynes, or Bahr. I don’t give a shit. Hell, the Giants are going to be in England. Sign a fucking soccer player to boot the shit out of the ball after each of Eli’s 5 touchdowns. No need to kick field goals. Strictly extra points. We’ll go for it on 4th down. Actually we’ll go for 2 every time as well. It’s wild you are going to keep this kicker on the team after all this shit comes out, unless you plan to cut him in London right before the game and let him find his own way back to the U.S.

And I hate to be the guy in the tin foil hat, but this is exactly why I think the NFL loved having Deflate last FOR…EV…ER. While we discuss about how ridiculous a 4 game penalty is for a slightly deflated ball, real life shit like concussion issues and players getting arrested were getting swept under the rug. The NFL owners aren’t idiots. They know exactly what they are doing by letting Roger Goodell take all the heat. Fuck the NFL and everyone that enables this type of shit. The words “Fire Goodell” have been written on this blog a lot over the last few years. And they ring louder today than most. When does it all stop?

P.S. Good thing the Giants have a pink ribbon in their Twitter avi. I was starting to think they didn’t give a shit about women. 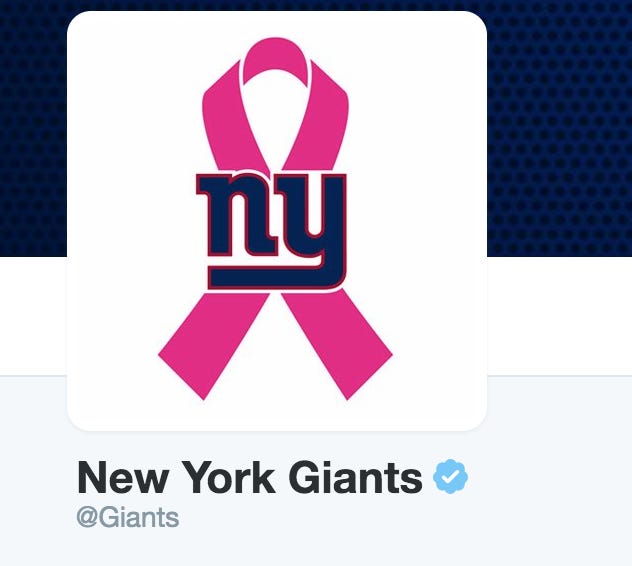