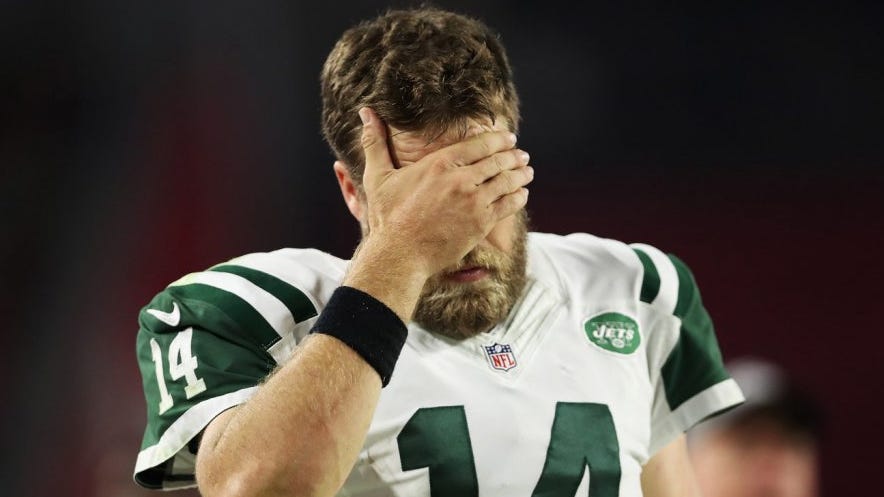 I was thinking about this quote last night when I was watching yet another awful primetime football game. Mark Cuban back in March of 2014 perfectly predicting the future.

“I think the NFL is 10 years away from an implosion,” Cuban said Sunday evening when his pregame conversation with reporters, which covered a broad range of topics, swayed toward football. “I’m just telling you: Pigs get fat, hogs get slaughtered. And they’re getting hoggy.

Cuban was specifically referring to the NFL’s recently expanding its television package. He considers it a poor business decision for the NFL, which consistently dominates TV ratings, to play games on days other than Sunday and Monday.

Has anyone been more right than this? Everyone is talking about NFL ratings being down and here is Mark Cuban over 2 years ago basically telling you what the future will look like. I remember the quote because at the time I think I even called Cuban an idiot, further proving why he’s the billionaire and I’m the fat blogger. But the point remains, the NFL sucks. I won’t stop watching it, but for the most part it sucks. When was the last truly great NFL game? A game where both teams played at a very high level for 60 minutes? I can’t think of one off the top of my head. The league is too thin. There are about 4 good teams and the rest are lumped into some varying level of suck. Parity isn’t a good thing when it exists because everyone is sucky together. The Quarterback play is awful, there are too many penalties, too many reviews, and way too many commercials. You can deal with it when there are 8 games on at one time but when it’s a stand alone it becomes borderline unbearable. It’s gotten so bad that even the announcers are admitting it live on air.

Think about how crazy that statement is. Basically telling the viewers at home “why the fuck are you even watching this?”. That’s the NFL in 2016. And the worst part is? I’ll still watch every second because I’m addicted, but for the casual fan why even bother? Every Thursday, Sunday Night, and Monday the NFL’s crap is on display for the entire country. Sunday afternoon is great because you can find the 1 or 2 close games but any time a solo game sits in front of the country this is what happens. The NFL got too piggy. There are too many bad teams and too many primetime games (the rule that every team needs at least one primetime game a huge part of the blame). Mark Cuban said it 10 years and it’s only been 2. Pigs get fat, hogs get slaughtered.