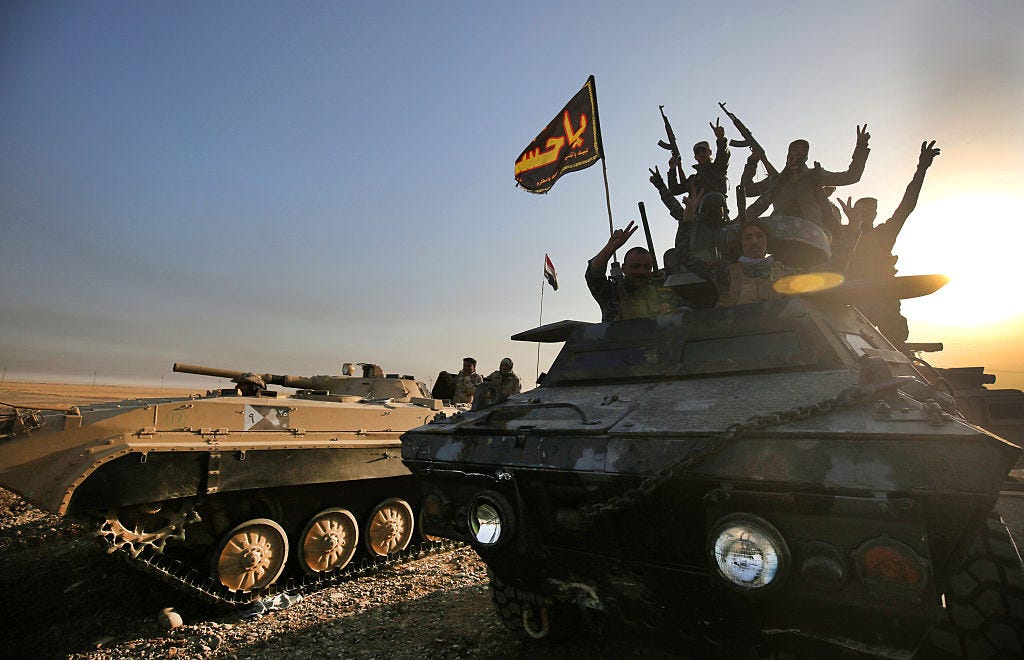 Quick update on the ISIS situation here. Two years ago, we couldn’t go 12 hours without hearing fresh, horrific news about ISIS out of Syria and Iraq. Due to relentless aerial assaults from the US-led coalition, and strategic ground assaults from the coalition-assisted Iraqis, ISIS has been on the run. They’ve lost countless territorial strongholds, resources, and manpower. They now appear less frequently in sensationalized global news, but typically with more shock-factor style when they do. This is a sign of desperation — they need manpower to exist, so as the heroic good guys continue to kill their terrorists, they continue to pursue effective recruitment. Wilder, more sensationalized, more horrific terror attacks internationally and killings within Syria and Iraq is how they seek that effectiveness. 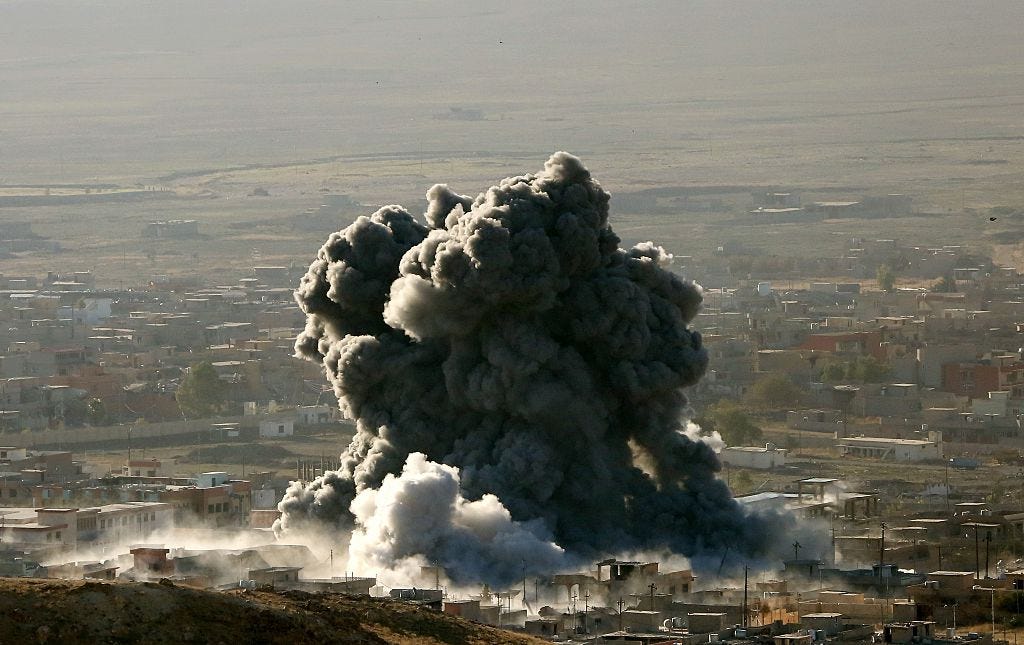 Near its peak in late 2014, ISIS controlled a third of Iraq. Two years ago, they overtook the country’s second largest city, Mosul, forcing Iraqi soldiers to drop their weapons and literally run for their lives. Those that were captured were brutally executed.

Mosul is huge, a city of 2 million people (for perspective, Chicago’s estimated population is around 2.7 million). Sadly, Mosul’s currently occupied by around 7,000 ISIS terrorists, if you include both militants and their sympathizers. 1 million people remain, and that plus Mosul’s strategic and symbolic significance make this offensive extremely crucial in the mission to destroy ISIS.

The good news? They are HEAVILY outnumbered, out-technology’ed, and out freedom’ed:

The 94,000-member Iraqi-led coalition greatly outnumbers its opponents and includes air support from roughly 90 coalition and Iraqi planes, although not all will be directly involved in the assault on the city.

This is the largest Iraqi military operation since 2003; it’s been planned and prepared for for months. Just a day in we’re ahead of schedule and, although we’re still just at the city’s outskirts, at least 9 villages have been liberated.

Here’s first-person footage of the battle, showing us what the fighting really looks like:

Here’s CNN footage of a suicide bomber terrorist blowing himself up, like an idiot:

This is insane. CNN shows suicide bomber blowing himself up during battle for Mosul pic.twitter.com/KLIsK3plBk

Although this all sounds good and well, it obviously isn’t. There are costs, as United Nations humanitarian coordinator to Iraq Lise Grande explains.

“The United Nations is deeply concerned that in a worst-case scenario, the operation in Mosul could be the most complex and largest in the world in 2016, and we fear as many as one million civilians may be forced to flee their homes…”

Another grave concern? Terrorists fleeing the Mosul offensive and returning to their origins in the EU.

If you’re still reading, thank you. And you’re welcome, for your girlfriend’s dad will LOVE that you know this shit. These Iraqi troops and other coalition forces — by nearly all accounts — are good, righteous, heroic people like us, simply born in the wrong place at a really, really bad time. They’re fighting for their friends, for their families, and — as President Whitmore famously said — for their “right to live, to exist.”

And I’m here to give them credit. These guys fight at a grave cost and while risking extreme danger; failure or capture likely results in the worst type of human suffering imaginable. God bless good people.

I’ll leave you with a bonus snippet of good news from my good friend Rob. Suck it, ISIS.

Dabiq has been taken from ISIS. This is a bigger story than Mosul. ISIS already changed the name of their magazine. Tough to spin this one.

*If I’m wrong or made a mistake about something, please email me (riggs@barstoolsports.com). I rarely read comments and, while I am relatively informed and do significant research for these, I am at heart an idiot and make plenty of mistakes. Email me so I can be sure people are getting the correct information. Thank you kindly.