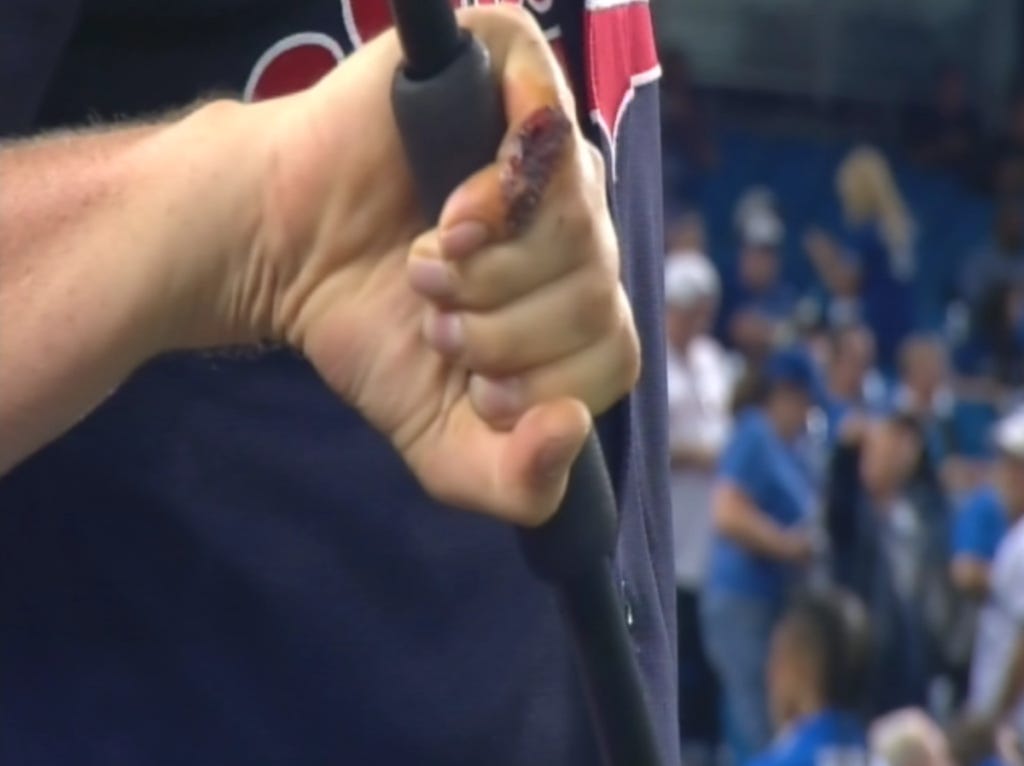 In case you missed it, Cleveland Indians starting pitcher Trevor Bauer was supposed to take the ball for the Tribe in Game 2 of this series, but he was pushed back to Game 3 because he sliced his finger open when he was working on one of his drones. I’m not so sure that getting pushed back a game is going to make that much of a difference here, though. They were saying in the pregame that MLB rules forbid Bauer from wearing a bandage over it, glue, or even a simple bandaid, so he’s gotta go out there raw dog.

Prior to this start, Bauer had his pinky numbed up so that he could throw about 25 pitches in the bullpen to see if he could get through an outing without the stitches opening up (he’s got 10 of them) and bleeding everywhere. I guess he was able to do that successfully, because he’s on the mound right now. Just struck out the first batter he faced, as I’m writing this. Grit, balls, and drones. That’s what Trevor Bauer does.

UPDATE: He’s out of the game after facing four batters.