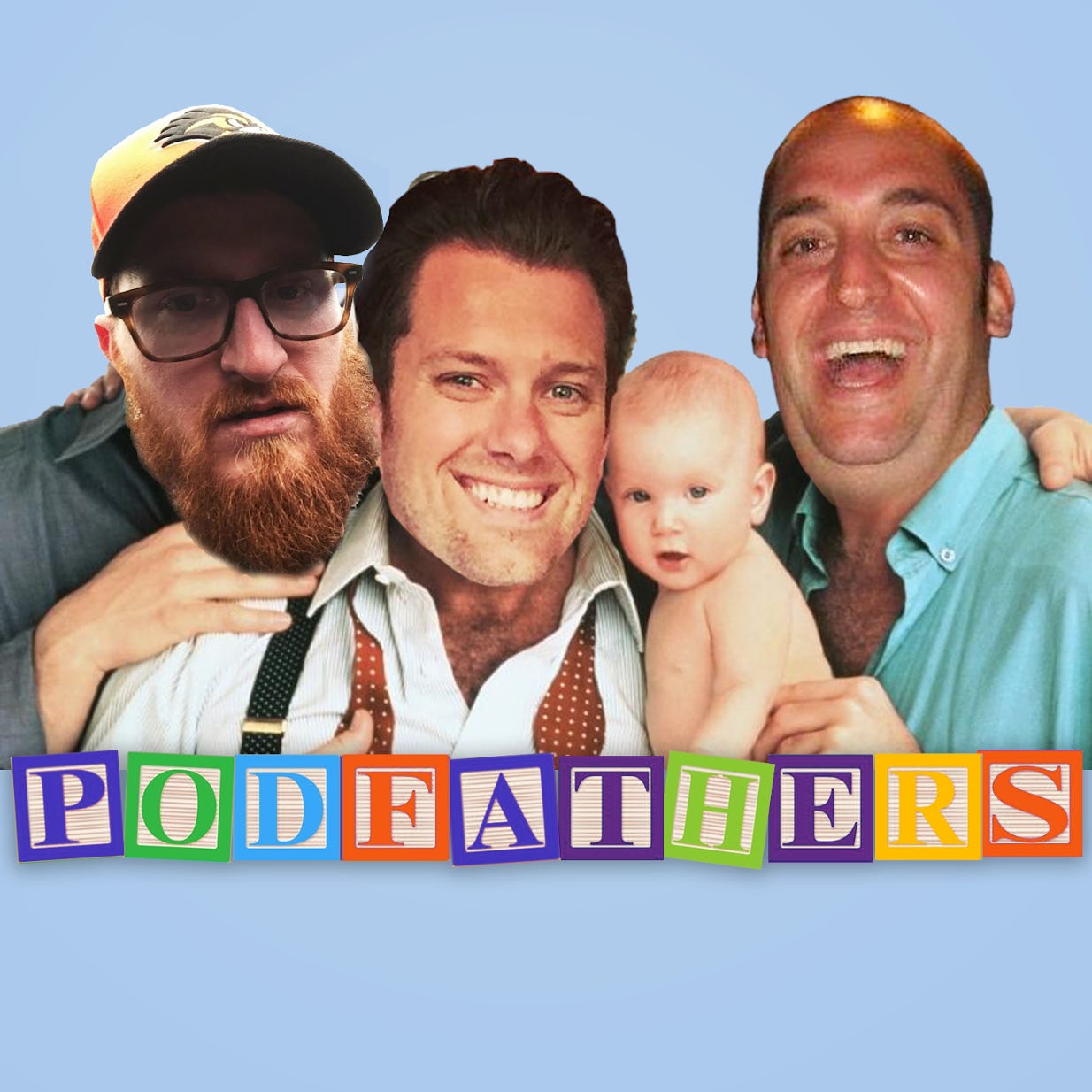 Tomorrow is the day. After a long wait teasing this show for all the Stoolie parents of the world, Podfathers finally arrives. From day 1 I’ve always said I wanted to age appropriately. I wanted to go from a young single dude blogging about young single dude shit, to a washed up old man talking about washed up old man stuff. And so Podfathers is the official jump for me and all the Stoolie readers and listeners who have aged alongside me. I know over the past couple years Barstool has seemed to skew younger and younger. We have. The Blackout Tour. The Dixie Tour. The Saturdays are for the Boys movement. Its been all about booze and chicks and blacking out without a care in the world. Everything you’ve seen on twitter and social media and all the feedback you’ve seen from the fans of the site has looked like a frat party.

But thats because those are the type of people who are out there on social media. Thats the type of people on Twitter and Insta and Snapchat. Theres a whole contingent of people out there who are too fucking busy to be out there posting videos and tweets about their lives. They’ve been reading this site 5, 10 years that have settled down, gotten married, had kids, and still read this site and listen to these shows. They are a silent majority type of crowd and they deserve some content tailored to them as well.

Thats where me, Clem and Chaps come in. 3 dudes who are wifed up, locked down with kids, telling our stories about family life. The same humor we’ve always had while talking about single life, but applied to Dad Life. Here to just hit you with the truth about what its like to go through the parenting transition. By no means experts, and definitely no preaching. Sometimes we’re venting. Sometimes we’re asking the questions. Sometimes we’re answering them. Or at least trying. The Podfathers is going to just be the honest account of 3 guys, all from different backgrounds with different family situations, trying to find their way as dads.

If you’re a new parent, this is definitely for you. If you’re a long time parent, you’ll be able to laugh and reminisce and connect with what we’re talking about. And if you’re just a young person who’s not even thinking about kids, its still just gonna be three guys bullshitting and cracking jokes about their lives.

Annnnd if you’re about to have your first kid you should probably avoid this because some of the stories might scare the fucking shit out of you. But guess what? Theres no turning back, you’re fucked anyway! So you might as well listen and know you’re not alone when you have that first thought of “This is so fucking hard. Life succccccccks now.”