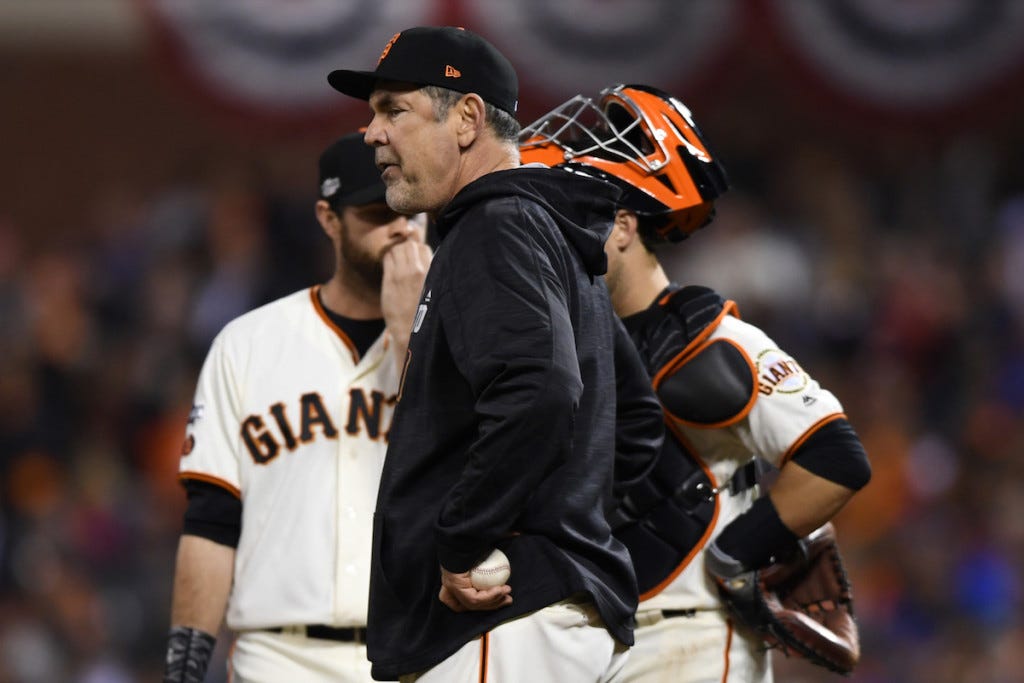 The most lopsided series out of all the divisional series match-ups was supposed to be the Chicago Cubs and the San Francisco Giants, and the Giants were three outs away from forcing a Game 5 in Chicago.

That was, until, the Giants did what they’ve done more than any other team in the majors this year, and that’s blow games. Yup. This year, the Giants blew THIRTY saves in 73 opportunities. That means that the Giants were able to lock down a victory just 58.9% of the time when they found themselves in a save situation. That’s absolutely baffling. Obviously it’s not actually baffling that a bullpen could be that bad. I’m sure it’s happened before, but it’s baffling that a bullpen could be that bad, and that team could still make it to the postseason, which I still don’t understand how they were able to pull that off, either.

The St. Louis Cardinals should be embarrassed that they weren’t able to overtake the Giants for a Wild Card spot. It’s a borderline fucking miracle that the Giants even made it to the postseason at all, never mind getting within three outs of forcing a do or die Game 5 against the biggest juggernaut team in baseball. I think it speaks more to the level of the competition in the National League, because the Cardinals finished a game back of a Wild Card spot, but the next best team was the Marlins, who finished 7.5 games back of a Wild Card spot, three games under .500 for the year.

I don’t know what happened to the Giants in the second half. I mean, we could go back and look at who underperformed, and pinpoint the culprits for the teams’ abysmal post-All Star break performance, but can we really point out why they underperformed? I can’t. All I know is that in the first half of the season, the Giants were the best team in baseball with a record of 57-33. In the second half, they were a completely different team, posting the fourth worst record in the majors at 30-42. They were lucky to have gotten in at all, and the way that it ended for them was poetic, blowing a three-run lead in the ninth inning at home.

Also, quick note here that is probably going to get the hot take police after me — the Cubs did not look very good in this series. I know that sounds weird to say about a team that won a series three games to one, and completed the series after rallying for four runs in the ninth inning on the road, but this was a Giants team that has been playing like dog shit for quite some time, and the Cubs should’ve manhandled them.

Instead, the Cubs hit .200 with a .597 OPS in those four games, and the combination of Ben Zobrist, Dexter Fowler, Jason Heyward, Anthony Rizzo, and Addison Russell hit .110 with a .331 OPS. That’s not good. However, Kris Bryant, Willson Contreras, and Javier Baez combined to hit .421 with a 1.095 OPS, so it’s not like they’ve all been collectively slumping. I still think they’re going to the World Series, but if the Blue Jays end up being their match-up, it’s not going to be as easy as people think it is.