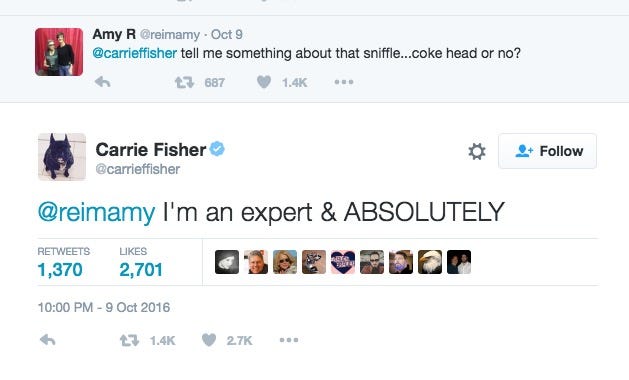 Uhh look I don’t want to put too much stock into washed up has-been celebrities and their political Twitter rants, but when it comes to cocaine use on a big stage I do kind of stop and pay attention to what Princess Leia has to say. 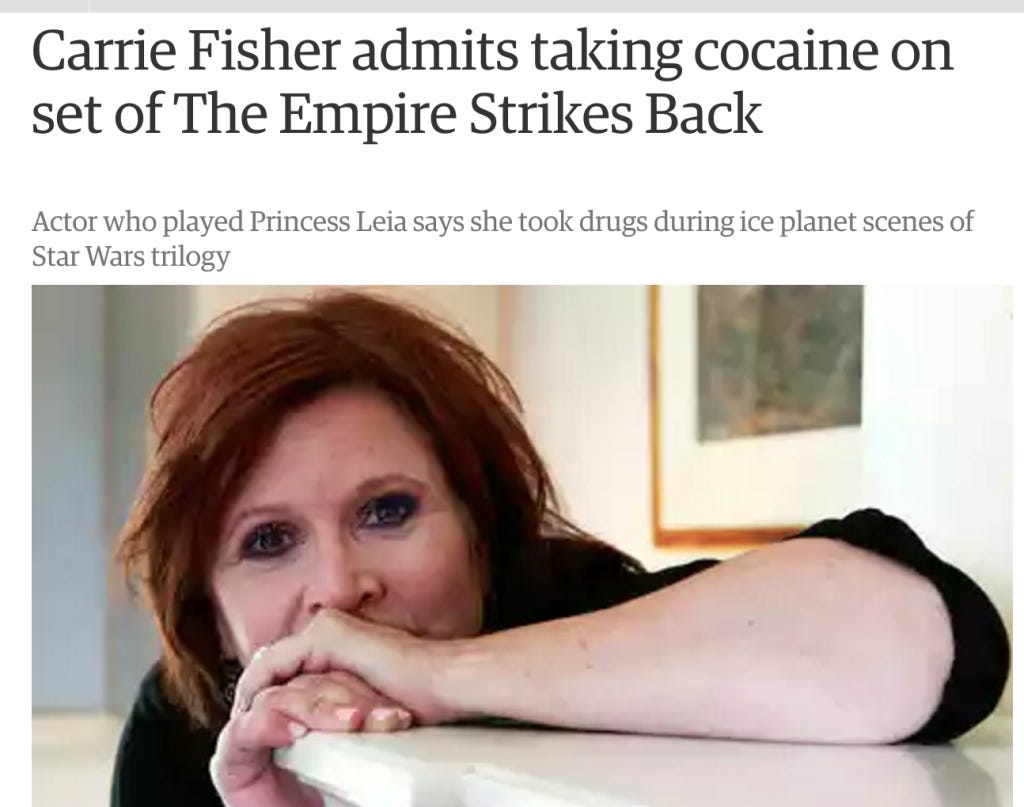 That’s a little something we like to call in the industry, “caché.”

And like I’ve said before, if Donald Trump doesn’t do coke, that’s the most startling red flag yet.

Is Trump a cocaine user?

-Works in A) Finance or B) Real Estate

The Cocaine Checklist has every single block checked off. And those are just hard facts, not even taking the emotions and temperament into consideration. Sniffles were just the icing on the cake.

Seriously if Donald Trump DOESN’T do coke I honestly think you have to kick him off the ballot immediately. Can’t trust a guy like that.