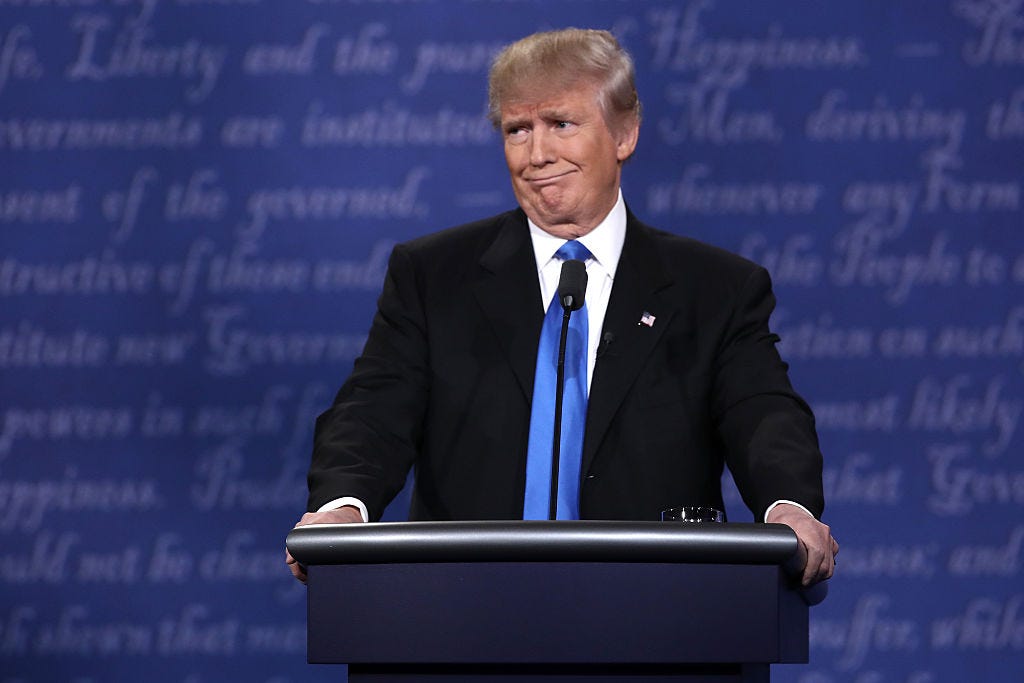 The next presidential debate between Hillary and the Donald is Sunday night. Anderson Cooper is the moderator. Love AC, he’s good shit. Anywho, was scrolling CNN this morning while mixing it up with some Stoolies on the subway and came across this ridiculous opinion piece. “Should parents let their kids watch the next debate?” Look at this dork dad’s input:

John Furjanic, the single father of a 9-year-old, said he won’t allow her to watch.

“I lack the ability to control what comes out of the candidate’s mouth, and my daughter lacks the emotional maturity to understand grown-ups acting like misbehaved teachers cutting down the other candidates,” said Furjanic, a financial adviser in Chicago. “I don’t want to allow my child to be influenced by bad adult behavior, and I don’t want to take the time to explain away the poor, pouting and mean conduct.”

NEEEERRRRDDDD. This 9-year-old is so fucked. Gonna get picked on for decades. Gonna have zero self-confidence as a child or an adult. Going to have zero effective skills when it comes to dealing with real-life situations where people are actually mean and shady and racist and sexist and all sorts of flawed imperfect shit. Just gonna be baffled and shriveled up in the corner because daddy wouldn’t let her watch Hillary V Donald because Donald might say something mean.

Here’s another parent, Janice, who won’t let her 9 and 12-year-olds watch.

“If our own leaders spend half the time lying, (being) unkind, interrupting each other and lacking all levels of respect, what do we really teach our children?” asked Taylor, who’s also a social entrepreneur, international speaker and author of the soon to be released “Wisdom. Soul. Startup.” “Does the debate do more harm than good? I can hear my kids now: ‘Well, Mommy, the next president can tell people to shut up, lie and call people names. Why can’t I do that to my sister?'”

Uhhhh hey Janice, wake the fuck up. Oh the big bad billionaire adult man told someone to shut up. Called someone crooked. Told a lie as a politician. How will little Suzie Cakes possibly recover from that? How will she ever understand that that’s just Donald Trump that does that, not anyone else ever in the world and you’ll never encounter it in real life?

No wonder our colleges are filled with such soft losers. My dad used to belt our asses when we did stupid shit and my boss calls me a crosseyed fuck every time he sees me, look how perfect I turned out.

When u get called up for rundown then don't even make it to first topic before they attack ur eyes pic.twitter.com/VQ0PX2rEcu