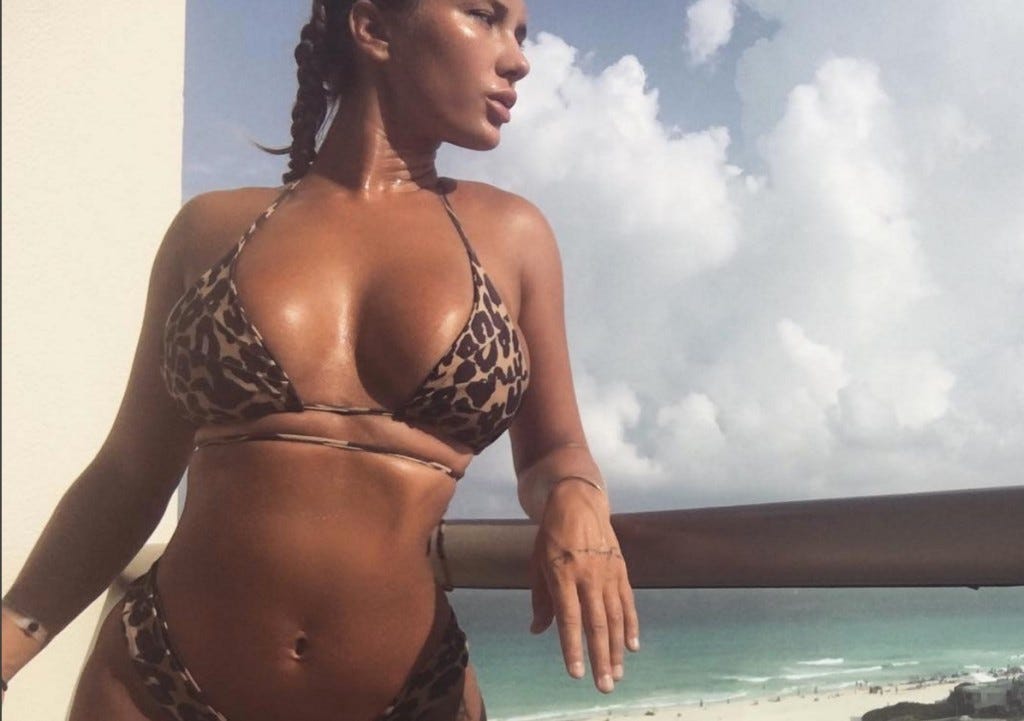 Idolator – Niykee Heaton kicked off the Centerfold Tour in Athens, Georgia and marks the special occasion by posting a couple of men’s mag-worthy pics. The 21-year-old’s Instagram is a treasure trove of eye-popping thirst traps, but these NSFW portraits take it to the next level. Why is the “Bad Intentions” hitmaker always nude? Because she feels like it. “My path to self acceptance was long and arduous but I have my music to thank,” Niykee wrote in a recent column in Cosmopolitan magazine.

“Instead of hiding I unveiled myself with pride. As it turned out, the general public would rather me be broken and self-conscious… society preaches self-acceptance, yet forces self-loathing,” Niykee opined. “If you are pretty then you must be stupid. If you’re confident then you’re obviously an arrogant bitch. And for god’s sake, if you happen to posses sex appeal, don’t you dare insist you also have talent.”

Plus as an added bonus, similarly minded similarly sexy chicks 18-24 on social media both love and admire Niykee Heaton and she’s out there preaching positive sexuality and nudes and there’s really no downside here for us guys without a daughter in that demographic. Buy tickets for Niykee Heaton’s Centerfold tour because you’re supporting a movement that’s frankly all upside.

Also her manager Lauren Pisciotta is also unbelievably sexy, hot to thot, and equally as nudes-positive so I’m going to put pics of her too because it’s Friday and frankly we all need this: