Connor McDavid was born on January 13, 1997. That is 19 years and 266 days ago. While most 19-year-old kids are getting C’s on their tests in college, Connor McDavid is getting a C stitched on his jersey in the NHL (feel free to use this joke at parties).

First there was Gordie. Then there was Gretzky. Then there was Crosby. And now there is Connor McDavid. The kid has been billed to be the best player of his generation and even after just one season, everything we’ve seen from him so far seems to justify that. He averaged over a point per game last season albeit only playing 45 games due to injury. But the games that he did get to play in, the kid is an absolute game changer. The way he sees the ice, the way he finds his teammates, the downright absurd amount of skill he has with his hands. And then what we saw from McJesus in the World Cup this month was a kid who came back even bigger, stronger and way faster than just a season ago. I don’t think it’s anywhere near an exaggeration to say he could be one of the top 5 talents in the league by the end of this year.

Now the biggest question will be if this is too soon or not. Is he mature enough to captain an NHL franchise? And there are a couple of ways to answer that question, both of which involve “who gives a fuck?”. First off, have you seen the Edmonton Oilers lately? It’s not like they have a ton of strong veteran leadership in that locker room. You can count on your hands the amount of players on that roster that were born in the 80’s. He’s basically captaining a junior team. Second off, everybody knows that Connor McDavid is the face of that organization. Everybody knows that the team belongs to him. If they gave anybody else the “C”, you’d know that person was just acting as a place holder for the time being. So why not just get it out of the way now? They have their franchise player, midas whale make him the franchise captain right away. Now let’s just get to the highlights.

P.S. – looks like the kid was just named as a player/coach, too. 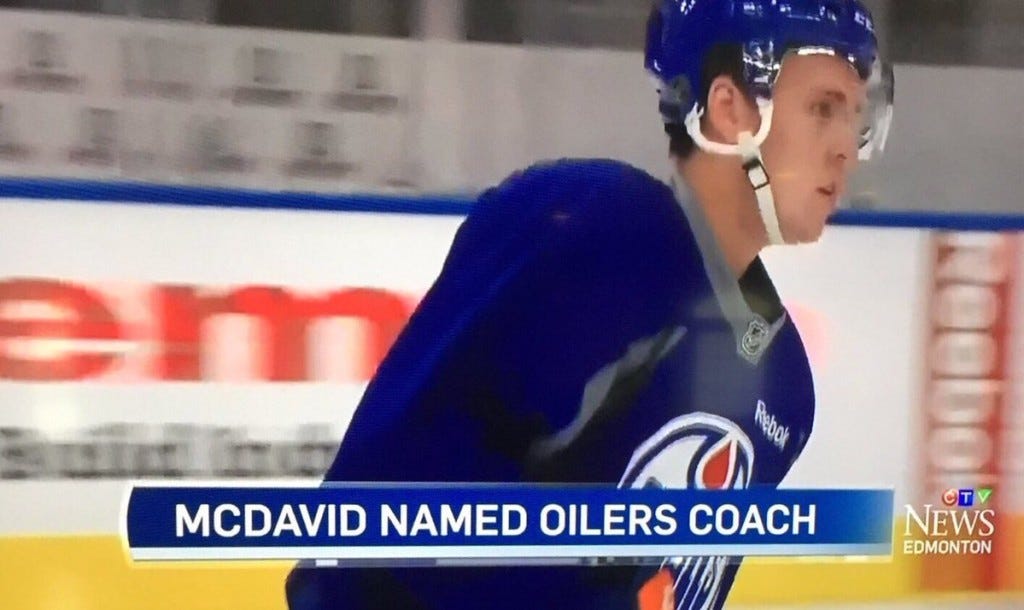 Real Reggie Dunlop we’ve got on our hands here.