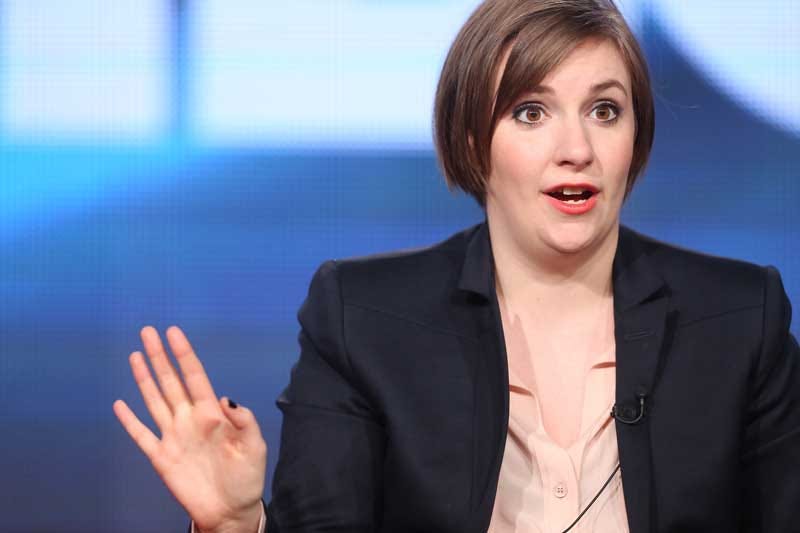 Vulture – In a depressing new Lenny Letter installment, Girls showrunner Jenni Konner recounts witnessing an audacious and appalling interaction between Lena Dunham and a male producer-director from another show. According to Konner, she and Dunham went to get food with co-workers on the night their show wrapped and happened upon the crew of the unnamed other show. As Konner puts it, a man from the group broke the ice with Dunham by showing her “an iPhone photo of a mutual friend with a cock next to her face, ostensibly a still from his TV show but shown at a completely inappropriate time.” Then he apparently leveled up the abhorrent behavior by asking Dunham to convince one of his female cast members to get naked for his show.

The director asked Lena to have dinner alone the following night with an actress on the show he works on. Not because he thought they should meet, but because he wanted Lena to persuade the actress to “show her tits, or at least some vag” on TV. Surely Lena could make a compelling argument. After all, he continued, “You would show anything. Even your asshole.”

This story is going around now as another checkmark in “Oh the horrors of being a woman in Hollywood” tale and yeah I mean I totally get how you shouldn’t go up to the most easily offended mushy mess of humanity that is Lena Dunham and ask her for help getting some quality tit exposure onto your TV show. Especially phrased like this producer guy allegedly did. But doesn’t slightly better word choice get this guy out of trouble? If it’s me, I think you go with “The star of our show has some hesitance about the role, it’d be great if someone who’s as comfortable and courageous as you would talk to her about how nudity can add value to the scene and her character.” Lena Dunham would then fan herself over the attention and compliments her way for applauding how she loaded her bologna tits into a mesh shirt and thought that added artistic merit to Girls and probably be way more receptive.

But instead you poked the Lena Dunham beehive and made her an accessory to some intrinsic Hollywood misogyny and now you just look like a huge asshole AND probably didn’t get any nip or lip slips into your show, a classic lose-lose if I’ve ever seen one. A little ego play and glowing talking about Lena Dunham’s nude body without vomiting up catering into your own mouth was all it would have taken. SHAME