Well look what we have here. Little miss blondie decided she wanted to try and distract Hyun-Soo Kim while trying to catch Melvin Upton’s fly ball. Not only is she a piece of shit for throwing a full can of beer at a guy with his back to her, she did it again on the Edwin Encarnacion home run. Which means one thing- this chick has a beer throwing problem. In a way it’s actually not even that bad anymore because she just lives to throw beers. But it does look like both were full beers, so I have no idea what her deal is. Can’t finish a brew? I thought this was Canada, pretty soft. I was fully expecting it to be some overweight Canadian chugging his syrup and yelling something about “We The North”, instead we get some blonde bimbo who wanted to throw off her arm. 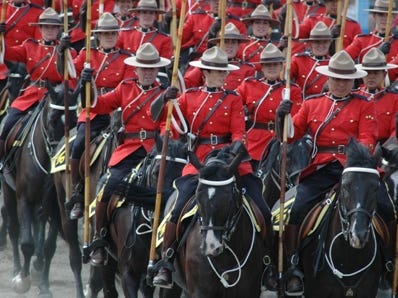 If a full army of mounties aren’t going to be searching all of Toronto to find this chick, I’m sure we can find some peeps in Baltimore to step up. Imagine if she actually connected with that beer. It would be World War 3. Us vs Canada.