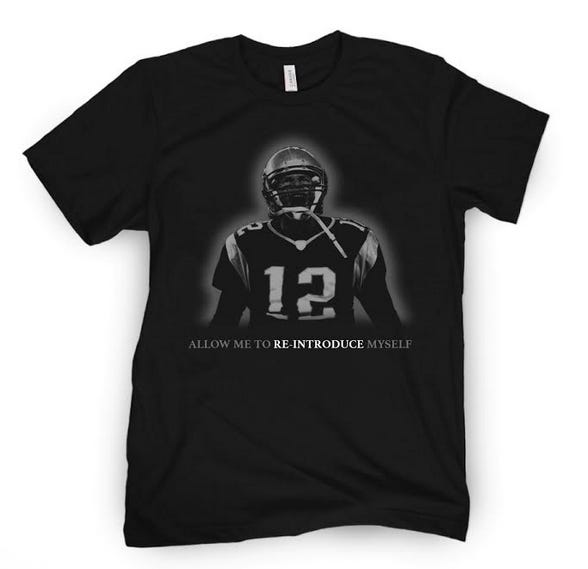 BUY A SHIRT TODAY FOR GUARANTEED DELIVERY BY NEXT SUNDAY

1. Will Tom Brady Wreck This League?

An AFC defensive assistant coach put it rather succinctly, and he’s right.

“Thanks to Roger Goodell,” said the coach, “Tom Brady is going to kill us all.”

Not literally, of course.

“This Tom Brady scares the s–t out of me,” said another defensive assistant, this one from the NFC.

Well, it is almost Halloween.

I’ve already called my doctor because four hours from now this thing is still going to be raging and there’s not a doubt in my mind about that. Everyone wanted the NFL to suspend Tom Brady. All the fans, the owners, the players, meanwhile every defensive coordinator was hiding in the corner thinking, “Please! Please don’t upset the bad man! Please don’t poke the bear! I’m begging you!” and the time has finally come to pay the piper. Right now, I imagine every defensive coach in the league is running around like Mac and Charlie when Mac’s dad got out of jail. They know they framed him, they know they got caught, and they know he’s out for blood so the only smart move is to fake their own death.

I’m fucking ECSTATIC right now. The only thing better than having the greatest quarterback ever and watching him be great is seeing the fear he instills in everyone else. The war path has officially begun. God’s gonna cut you down and you have Roger Goodell to thank.